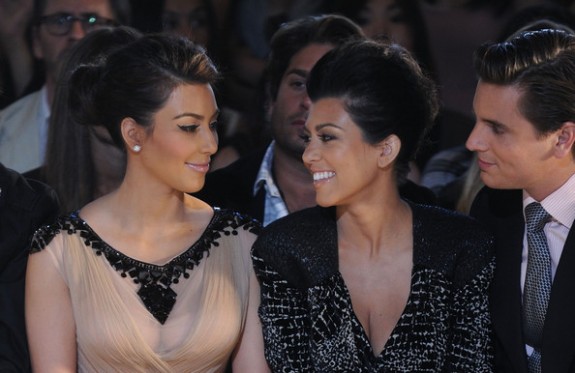 Ever since Kourtney Kardashian welcomed her second baby to the world – Penelope Disick – tabloids have been going crazy over an alleged story that Scott Disick had walked out on Kourtney and the kids to spend time with his friends in the club, going back to his 2008 days where Scott treated alcohol like water.

Disick who has since tried to change his ways and leave the past behind him, still faces a number of stories on a daily basis that claims he has been cheating on Kourt, he left her to go to New York without any notice, Kourtney had kicked him out the house because she’s tired of his bad behavior, and an alleged criminal past. Now, Kim Kardashian has decided to try and ooze out the crumbling stories in the paper.

Kim has explained that Scott and Kourt are doing fine. They are both there for each other and the two children, while the reports have not bothered them one bit as they are too busy taking care of the children than to open a magazine and read a false story on their lives.

She tells UsWeekly: “They are better than ever,” she said. “I feel bad Scott gets such a bad rap. Good thing they’re too busy being parents to pay attention to nonsense!” Kim has been seen being very supportive over Scott in recent months, as she believes that he’s trying the best he can do be the perfect Dad for his two children – which is great to see.