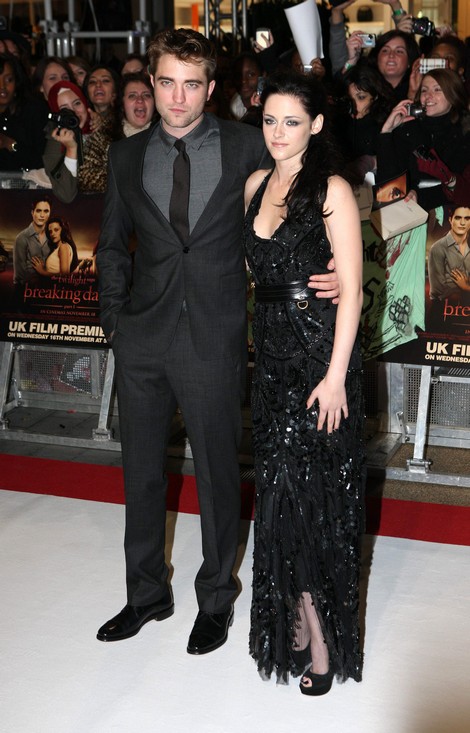 Sources have just reported that last night Twilight costars Robert Pattinson and Kristen Stewart had an intimate talk, during which Kristen profusely apologized for her “stupid mistake” and Robert forgave her! The source reports, “They pretty much decided they couldn’t live without each other. Kristen poured her heart out to Robert and told him it was a one-off and a mistake.”

Kristen and Robert broke up in a frenzy after her affair with Snow White and the Huntsman director Rupert Sanders was revealed. He quickly took refuge with Reese Whitherspoon, his Water for Elephants costar at her ranch. Since then, Kristen has been spotted around LA and Toronto in various clothing belonging to betrayed ex Robert. He declined comments on The Daily Show with Jon Stewart, which was just a week after he learned about the affair. Robert has been completely polite to everyone since, while Kristen moped around with filthy hair, snapping at fellow actors and even a bodyguard!

The source also told that “Rob sees it as Kristen made a really stupid mistake. After a lot of long, tearful talks, they’ve worked it out. Rob can see how truly sorry Kristen is and has totally forgiven her. They really do love each other.”

The couple will be touring for the Twilight: Breaking Dawn premier in November, and I’m sure that between now and then we’ll be seeing a lot of paparazzi snaps of them. Time will tell if Kristen repeats her mistakes. Do you think Rob should trust Kristen again? Remember—she was seen on a date with James Franco while at the Toronto International Film Festival, and two sources confirmed their flirting!