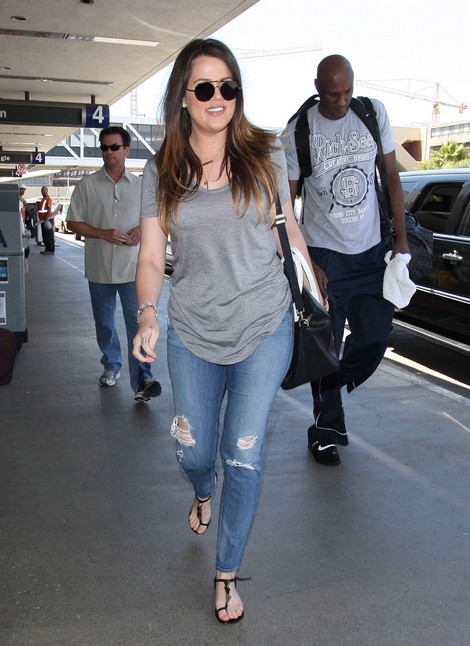 Khloe Kardashian and Lamar Odom married after a really short courtship—one that was counted in weeks, not months. The couple has appeared on Keeping Up With The Kardashians, and also have a spin off show called Kourtney and Lamar. A source reported to Hollywood Life that the pair has been arguing! “Lamar and Khloe had a huge fight a few days ago,” the source reported. “It was so big that Lamar stormed out on her ass and went to Vegas!”

The couple have had a pretty stable marriage so far, at least according to the editors on their E! shows. Khloe recently got the X Factor hosting gig, which will require even more time way from home. I’d never expect Lamar to get this upset about anything though.

As loyal watchers know, he is normally happy to go with the flow. But the source also said, “Lamar’s normally a easy going, chill cat so whatever he and Khloe got into it about clearly pissed him off where he had to scoot over to Vegas. I heard that Khloe tried to call him for two days, but he sent her straight to voicemail. He’s trying to send her a message by just up and leaving her high and dry like that and not talking to her.”

I’m sure all of the work commitments, fertility problems, and being under the self-inflicted spotlight doesn’t help their relationship at all. And Lamar has been moving around with basketball teams a lot. Although he is currently attached to the LA Clippers, away games and intense training schedules are probably straining their relationship. I’m dying to know what the fight is about! We’ll report it here as soon as we know. Do you think Lamar’s drastic flight to Vegas will serve as a calm down period, or just add fuel to the fire?