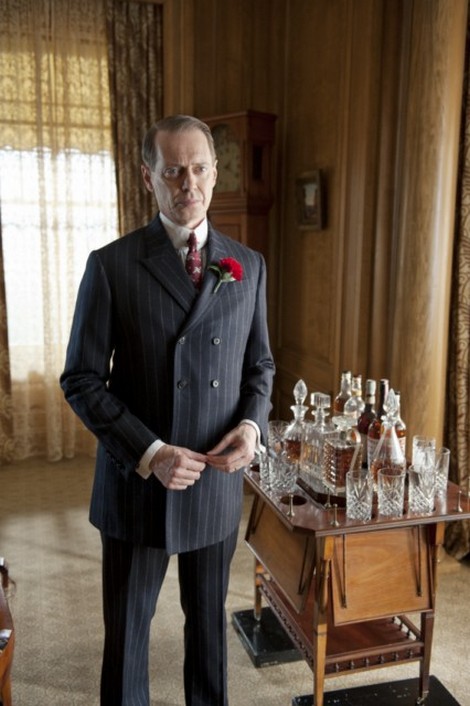 
On tonight’s show while hosting a New Year’s Eve party for 1922-23, Nucky makes a resolution that does not sit well with Gyp Rosetti, a touchy gangster with a thirst for bootleg whiskey. Margaret looks to build on the Thompson endowment at St. Theresa’s Hospital, to her husband’s displeasure. In the absence of Jimmy and the Commodore, Gillian builds a new business while monitoring Richard’s mentoring of her “son,” Tommy. In Chicago, Al Capone is rankled by Irish mobster Dean O’Banion, and Van Alden stumbles onto a confrontation that could change his career path.

Come back to this spot tonight and join us as we watch Boardwalk Empire Episode 1 and enjoy the shows stellar cast, which consists of Steve Buscemi, Kelly Macdonald, Michael Shannon, Shea Whigham, Vincent Piazza, and others.