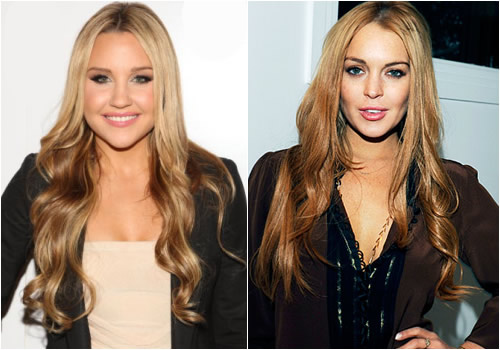 Lindsay Lohan cracks us up. The actress who is currently working on her next movie Scary Movie 5, alongside Charlie Sheen, she still found time to take to Twitter and address a situation that is very important to her. As most of you may know, Amanda Bynes has been following Lindsay’s footsteps recently by getting pulled over FIVE TIMES, having her license suspended but ignoring the rules and still driving while smoking pot.

Now, where does Lindsay fit in all of this? Well, she’s not too happy about any of this – considering that she was arrested for something which we could consider minor when comparing it to what Amanda has done these last two months. According to TMZ, the Nickelodeon starlet is mentally ill, however she refuses to receive any help from a rehab center nor her close friends who she’s been staying away from too.

So, what did Lindsay actually tweet on her Twitter page? Here it is: “Why did I get put in jail and a nickelodeon star has had NO punishment(s) so far?”

Ain’t that something?! Ha. Lindsay, Amanda just seems to have better luck than you do. Don’t take it too seriously.. just make sure your butt stays out of jail for the time being, okay?! Or actually.. worry about your drunk mother – we don’t even want to get into that one. All we will say on that matter is… Dr. Phil. Ha.