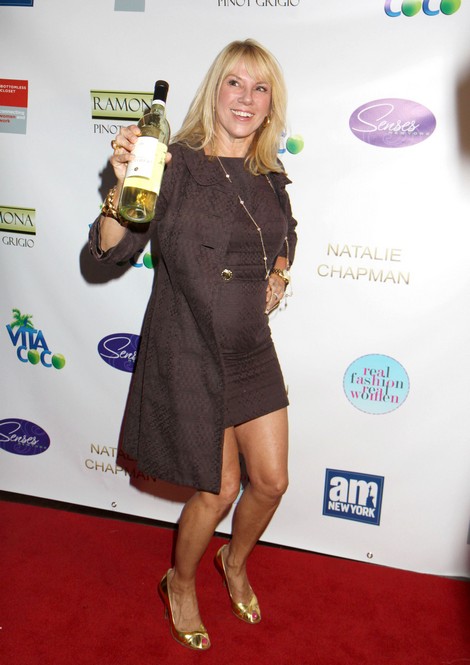 This is one of those fights that is just not going to end in a truce anytime soon! The ladies of The Real Housewive’s of NYC foolishly thought that taking a girls trip to St. Barth’s would be a great way to relax and enjoy some down time together. Instead, what ultimately ensued was a several days long, all out war of epic proportions. Aviva Drescher showed up with her husband along to babysit and this sent Ramona Singer, Sonja Morgan and LuAnn deLesseps spinning. Each had their nose bent out of shape because a mans’ presence changed the whole dynamic.

When it came time to take Aviva to task, Ramona and Sonja called it as they saw it, which is what unleashed Aviva’s insult-riddled fury. Meanwhile, LuAnn backed down and sort of disappeared into the woodwork. The fact that she agreed with them but didn’t have the balls to own it is still sitting very badly with Ramona, who took to her blog to complain,

“LuAnn, Sonja and I spent some time rehashing A-diva’s antics in St Barth’s. Isn’t LuAnn’s selective memory quite the gift? She doesn’t really remember saying the dynamics would change herself. She doesn’t quite think she threw me under the bus. She doesn’t think A-diva’s actions were completely uncalled for. Things between her and Jacques? Perfect! It’s like nothing ever happened. LuAnn only remembers what she wants to”

I agree, LuAnn totally throws grenades and then steps back and watches everyone else battle it out. But in this particular situation, she may have had bigger things on her mind- such as the fact that she had just cheated on Jacques on camera with some fling she’d never see again! One week she was talking IVF treatments and the next she was sporking a wannabe French pirate! She could have been distracted, but ultimately Ramona is right. If you’re going to have an opinion then you better be able to back it up!

Do you agree with Ramona’s feelings about LuAnn? Tell us in the comments below!