Shocker! NOT! Heidi Montag and Spencer Pratt Faked Their Fights on The Hills! 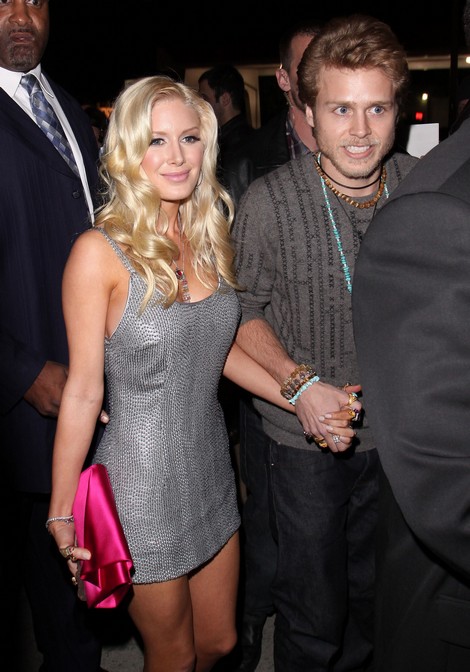 Okay, it’s not really too surprising to hear straight from the horses mouth that while shooting scenes for MTV’s cult classic hit, The Hills, the fights were staged. At least the spats between Spencer Pratt and his now- wife of three years, Heidi were completely faked just for our benefit.  The couple now admits to Us weekly that a lot of the over-the-top drama and bad guy behavior simply wasn’t real. It just made for good television.

“I was hell-bent on being the bad-guy character on the show,” Spencer, 29, tells Us. “I got caught up in it.” His wife of three years Heidi, 26, confirms the proceedings were less than genuine. “Spencer and I never fight like that. Never,” says Heidi, who recently “changed my last name to Pratt, so that’s the biggest thing in my life.”

It still does make for good television too! The Hill’s has been reborn in marathons during Retro MTV programming blocks. Nowadays the couple lives a much quieter life. Spencer is working on a political science degree and Heidi doesn’t seem to be doing to much of anything. It seems that after wasting thousands on plastic surgery she just kind of dropped out of sight. They have far less money now too and I’m betting both of them wished they had managed those finances a bit better a few years ago!

Did you suspect that The Hill’s was more of a scripted reality show? Did you hate Heidi and Spencer together? Do you think maybe the real couple is a lot different than the characters they now admit to playing? Tell us your thoughts below!

Spencer Pratt Has Been Banned From Heidi Montag’s Show