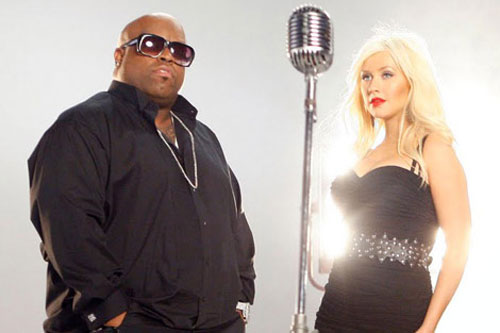 Things are shifting up a little, but don’t worry – it’s only for one season, according to Christina Aguilera anyway. The singer and Cee Lo Green, who are both current mentors on the hit show The Voice, are set to depart from the show for its next season due to work commitments outside of the talent show. While Cee Lo is recording a new record, Christina has already finished hers and is releasing it early November, while she plans to tour later next year which would clash with her role as a mentor on the show.

NBC bosses have reportedly signed Usher and Shakira to take over both of the current mentors’ seats while they get their music going. It seems that the producers of the show are very calm and agree with the fact that Aguilera should branch out to do other things than just sit on a chair, since she’s still a famous singer who still has years and years left in her career to record albums and tour around the world.

“Having award-winning artists as coaches means they need to be able to tour,” said executive producer Mark Burnett. “Whether in the red chair or on tour, our coaches have their chairs for life. This is exactly why, after three seasons, we needed to allow them to rotate out so they can get on the road amongst their fans. Meanwhile, we’re incredibly excited to have singular artists like Usher and Shakira joining the fold.”

Since this year NBC and The Voice have decided to tape back-to-back seasons, requiring a full-year commitment, it is important for me to take season four off, allowing me to support my music that my fans have been waiting for,” the ‘Your Body’ singer explained. “By pursuing my first passion of music during the break, I am also able to come back and offer even more to my team on The Voice in the future.”

Christina premiere the visual for her new music video yesterday.