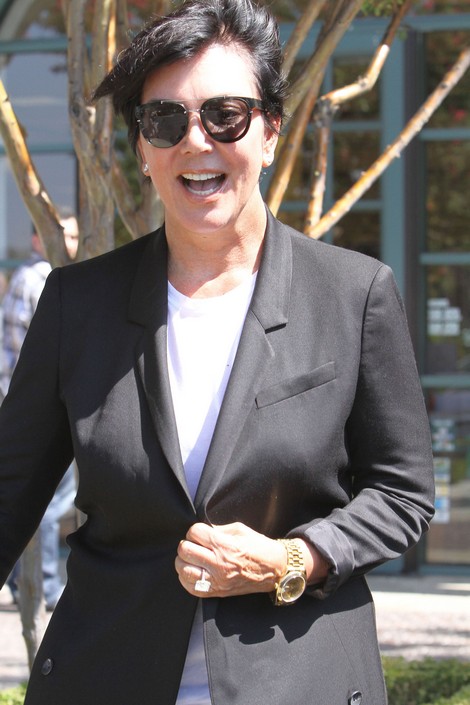 Kris Jenner who serves as daughter Kim Kardashian’s manager is worried at rumblings she is hearing from Kim.  Kim is not pleased with the amount of her life that is splattered all over Reality television.  She wants to reconsider what she shares on the families Keeping Up With The Kardashians.

Now that Kim and Kanye West are in love (blah) and an official couple she does not want to share every single aspect of her life with the television world, not even a sex tape….  A source reveals, ”Kim has secretly been getting embarrassed about how much her family share and there’s no way Kanye would allow the intimate moments of their relationship to be filmed. He is happy to be in the background, but he thinks some things should be kept private.”

Kanye wants to market them as a couple and not as an appendage to the Kardashian machine and Kim is in agreement.  Kanye thinks some of the products that Kim has put her name on is just downright tacky and wants it to stop.  Kanye is trying to class up his lady love.  Good luck with that!  Kayne knows about class right? NOT!

Mama Jenner is not pleased with the whole situation and Kanye better watch out.  How long will it take Kris to start campaigning for Kim to kick Kanye to the curb?  ”The whole empire is based around Kim and it is her celebrity status that drives the brand. For her to turn her back on it would not only be a devastating blow to the family, but most of all to her mum, Kris, too.”