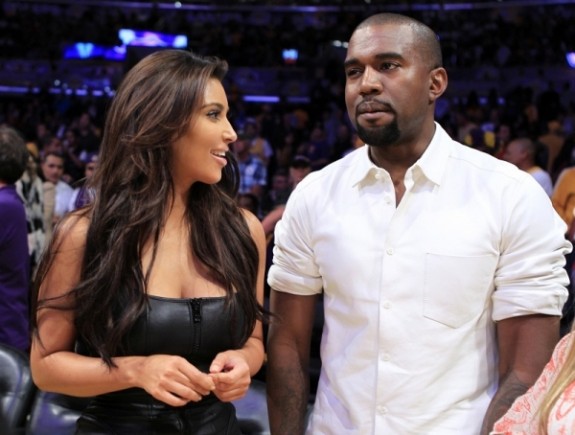 Kim Kardashian is planning to step back from reality TV and “tacky” endorsement deals, as she plans to start a family with boyfriend of 6 months Kanye West. Kim has not been shy on the subject that she desperately wants to have kids in the near future, hinting that Kanye was the one by saying the relationship was definitely permanent.

The rapper has allegedly told Kim not to air out all her business on television, because the world doesn’t need to know everything that’s going on in her life, and he definitely doesn’t want his personal life out there when the relationship goes one step further.

A source has revealed: “Kim has secretly been getting embarrassed about how much her family share and there’s no way Kanye would allow the intimate moments of their relationship to be filmed. He is happy to be in the background, but he thinks some things should be kept private.”

Kanye’s vision on Kim’s success is much different than to what the reality star had in mind. According to the source, Kanye has asked Kim to turn down a lot of offers because they are “too tacky” – could he be referring to the Skechers trainers that she was advertising, only to find out that they were fake? Ha.

The source added: “Kanye is thinking of their brand as a duo now, rather than her family’s. He thinks some of what she’s put her name to is tacky and has already advised her to say no to certain things.”

West’s plans are said to have upset Kardashian’s mother and manager Kris Jenner, as she is worried about what they may do to the rest of the family. The whole empire is based around Kim and it is her celebrity status that drives the brand. For her to turn her back on it would not only be a devastating blow to the family, but most of all to her mom, Kris, too.”