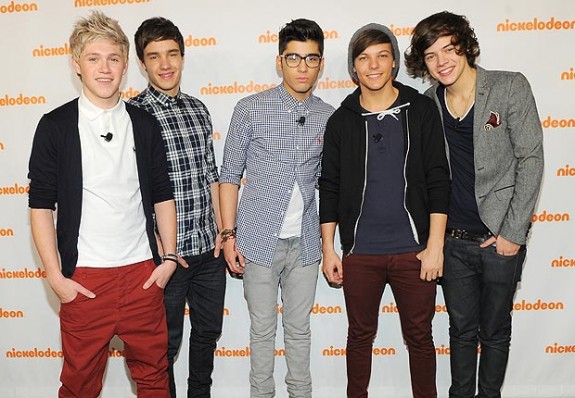 One Direction have become a household name, not only in the UK, but worldwide – especially in America. The five boys, who were originally formed by Nicole Scherzinger when she appeared as a guest judge on X Factor UK in 2010, have reportedly earned $100 million throughout the two years, thanks to huge sponsorships, endorsement deals and more.

According to  Tom Bower‘s biography of Simon Cowell, the author explained how the boys revived Cowell’s record label by receiving a whopping total of $200 million through the success of One Direction, who have sold 5 million copies of their first album, Up All Night.

“One Direction were Cowell’s new Westlife – a revival of his mastery of the music business,” Bower wrote. “Nothing had been left to chance by Sony Music, with the band’s hit album Up All Night selling over five million copies.”

“The songs, publishing, discs, DVDs, merchandising and endorsements brought in huge profits, with the five members of the group together estimated to have earned nearly £100 million ($162 million). Naturally, Sony and Syco raked in much more.”

The boys who are going on tour next year – with already 100 dates confirmed will reportedly make the same amount of money in 2013 – if not more – seeing that fans are so eager to see them that most of the confirmed dates have already been sold out. Check out the list below for some of the dates announced: