Teresa Giudice Claim Other Housewives Use Her To Get Attention 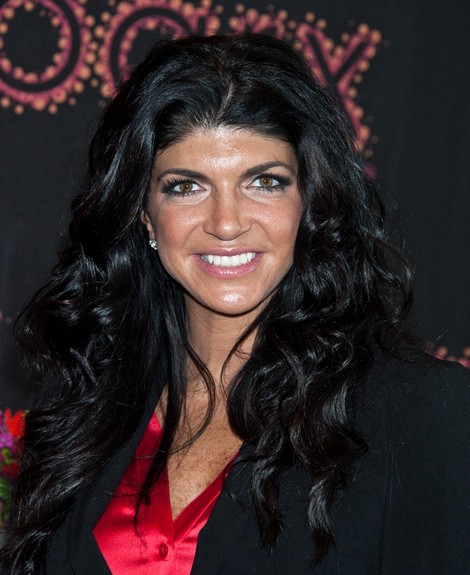 What on earth would Teresa Giudice do if she wasn’t a Bravolebrity? I mean, seriously? How would she ever exist if her life was just, normal?  If you’re a Real Housewives of New Jersey fan than you already are aware of the latest bit of Teresa-fueled drama. It’s insinuated that her sister-in-law Melissa (the woman Teresa hates more than anyone else on earth) used to dance at a club called Lookers many years ago. At a recent Jersey fashion show the old club manager just so happened to walk up to Melissa and try to start a conversation. It’s a moment that all of the ladies believe Teresa orchestrated. I mean if you saw it, well, it sure didn’t look like a coincidence.

None of the other cast members were buying it being a coincidence either and after the show aired many took to their Twitter’s to back Melissa and slam Teresa. This week Teresa blogged about how everyone is using her to grab the spotlight and get attention for themselves which is pretty funny when you take into account the fact that she has been caught SELLING stories to the press to make money off them!

“I know the other women think I’m so dumb (and yet a manipulating mastermind at the same time?), but I do get why they all have to blame me for everything. Because my name on their lips is the only way they ever get attention.”

Right Teresa, you are the one that grabs everyone’s’ attention each and every week. Unfortunately it’s because you’re a lying scumbag with a prison-bound husband and spoiled rotten, out-of-control kids. Oh and then there’s the fact that you will stop at nothing to get attention even when it means hurting everybody around you. Poor teresa is right. Once those cameras stop rolling for good she’ll have nothing and no one left in her life!

Do you think the other ladies talk about Teresa to get attention for themselves or because they are appalled by her actions? Tell us in the comments below!