Will Teresa Giudice Be Fired from RHONJ? 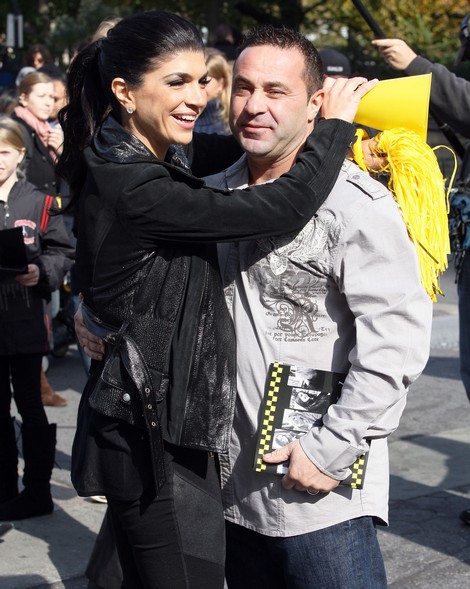 Say it isn’t so! Sources over at Bravo’s hit show, The Real Housewive’s of New Jersey are saying that there are rumblings that Teresa Giudice could be on her way out when it comes time to renegotiate next season’s contracts. The reality star generates tons of controversy and at this point she is on the outs with pretty much the entire cast of the show. Her touching off the current “strippergate” mess seems to have caused somewhat of a long-term (if not permanent) rift between her and the other ladies. Says the insider,

“Producers may shake up the series next season and get rid of Giudice. Although she creates all the drama, the other Housewives hate her and her storyline is getting stale — she holds on to the same grudges!”

It’s true, all of Teresa’s battles have gone on for years. Especially the family feud between the Giudice’s and the Gorga’s. Teresa has never accepted her brother’s wife and it’s a situation that she makes worse every time an opportunity arises. The battles are old and can only be rehashed so many times over, but people tune in to see what devious behavior she’ll conjure up next.

Meanwhile, all the other housewives’ want her gone. Period. Even Jacqueline Laurito, who was basically Teresa’s best friend, now hates her guts. It’s clear that the producers have a serious decision to make, keep Teresa around for the sake of continuing the same drama or cut her and breathe new life into the other ladies interactions. The question is this, would there really be anything to watch if Teresa leaves? She is the catalyst to everything that happens, isn’t she?

Is it time to fire Teresa or would it be a huge mistake? Tell us your thoughts in the comments below!