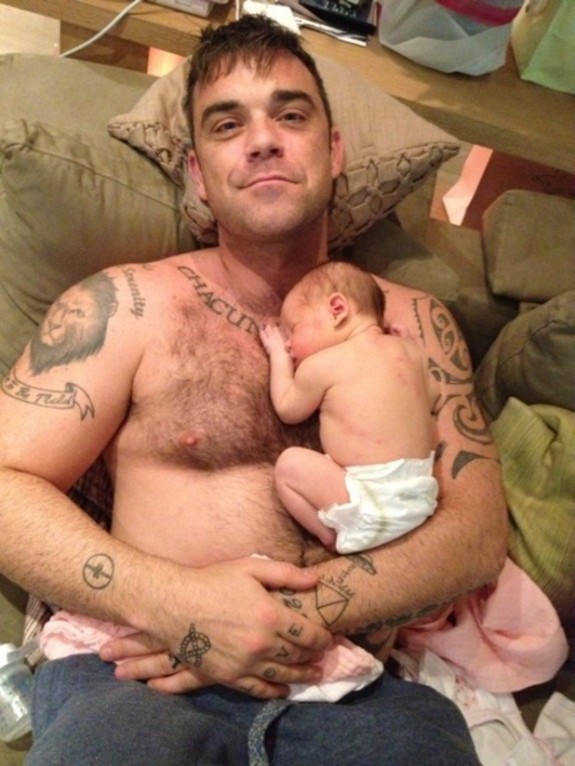 Robbie Williams has shared a photo of himself with his newborn daughter, Theodora Rose Williams, on his official Twitter page. The former Take That singer has been sharing his excitement on Twitter upon the birth of his first child – who was welcomed to the world on Tuesday afternoon. Fiancee, Ayda Field, and Robbie nicknamed the girl Teddy soon afterwards.

Speaking of being a father for the very first time, Robbie had said: “I’m very nervous, I keep dreaming about her. In the dream she had a onesie on, and it said ‘this is not photo opp’. In the dream I’ve never experienced a love like it. I can feel it in the dream. I’m terrified because I’m a very selfish man, this is a time where I can’t afford to be a selfish guy, with the guilt and shame if I don’t get it right.”