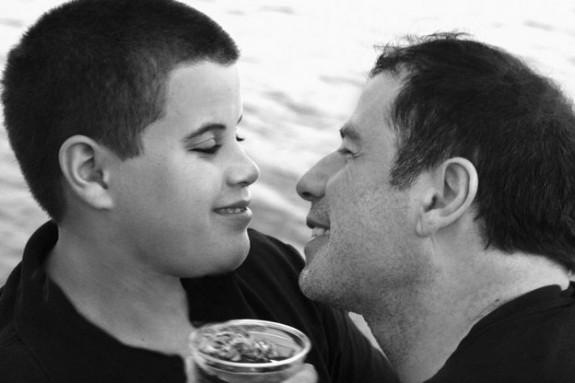 John Travolta has said he almost retired from acting when his beloved son, Jett Travolta, suddenly passed away during a family holiday to the Bahamas in 2009. Jett, who was only sixteen-years old, reportedly suffered a seizure while taking a bath – hitting his head severely hard on the tub – and it wasn’t long before ambulance arrived at the scene, taking the youngster to the hospital, only then to find out he had already stopped breathing.

“I lost my son a few years ago and I’ve been having quite a time of that,” he told BBC Breakfast. “After three years of getting support from my church and people, fans and family, I decided it was as good a time as any to come back to work. I thought of retiring because I thought it was too much.”

Travolta’s first film he worked on after his son’s death was Oliver Stone’s Savages, wich the actors says was an offer he just couldn’t turn down, considering Oliver is an award-winning respected director in Hollywood. Speaking of his comeback in the movie, Travolta shares: “He’s a top director, if I was going to come back to work, this is the film to come back to.”

When asked on what he thought on the Kate Middleton topless photos scandal, John explained that there should be a law on how far people can go until they reach their limit. He refers the incident being like Princess Diana’s invasion of privacy: “There is a right to privacy whether you’re famous or not. Anyone being invaded at that level is unfortunate, there should be a law.

“It’s the worst time to be famous in the history of fame, because of the internet and level of invasion of privacy is so extraordinarily high. It’s never been easy, but this kind of thing is an example, and Diana was an example. I call it celebrity prison, you’re restricted to hotel rooms and homes and resorts that hopefully are secure, but you don’t really get out a lot.”