LMFAO Confirm Reports That They Have Split: ‘We’re Always Family’ 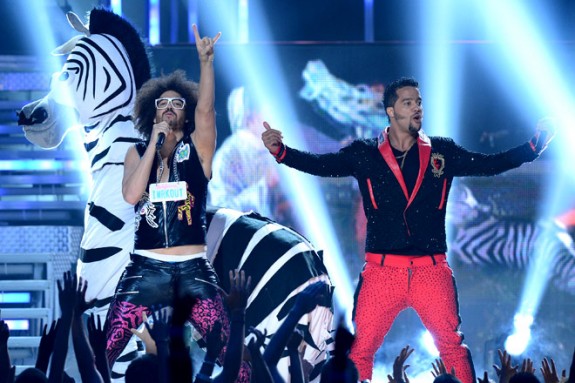 LMFAO have confirmed their split – adding that both RedFoo and SkyBlu have both drifted into different directions when it comes to music, therefore decided to call it quits, however, they will still be close with one another. The successful duo have been together for six years, when they debuted their song ‘I’m In Miami B*tch’ which received international success, before becoming the soundtrack for one of the Kardashians’ spinoff shows (not that it’s an achievement).

But, their biggest success came last year when Redfoo and newphew, SkyBlu, dropped their first single, Party Rock Anthem, of their album, Sorry For Party Rocking, selling more than 8 million copies, before breaking their own record with their follow-up single, Sexy and I Know It, surpassing the 10 million mark worldwide within a couple of months upon release.

“I feel like we’ve been doing this for so long, five or six years,” he told news.com.au. “And we’re kind of like saying, well, let’s just do what’s natural and just kind of explore that, instead of like forcing it all the time.”

Redfoo explained what caused the sudden split – seeing that the two had received worldwide recognition with their last record. The singer says that the two have been doing different things regarding their own projects: “I think that we naturally just started hanging with two different sets of people, two different crowds, but we’re always family. He’ll always be my nephew, I’ll always be his uncle.”

He continued that although they may not be together anymore as LMFAO, he will continue to make the songs that their fans have loved throughout the years, followed by an upcoming clothing line. “I love all the topics that we talk about. I was really passionate about bringing party music to the world, so I will always be making some kind of party music.”