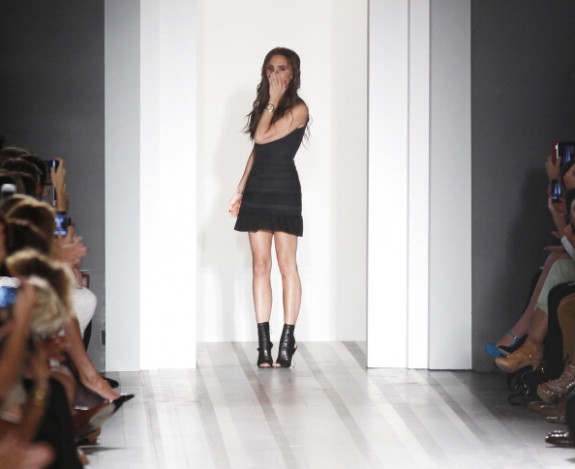 Another reason why Victoria Beckham is such a wonderful woman. The former Spice Girls singer was named the most-popular fashion designer with her latest collection of her clothing line Victoria Beckham, creating such a buzz that gained her almost 60,000 new followers on Twitter during that time period, while being mentioned 17,173 times.

Victoria, who was seen crying backstage after the show had finished after being so overwhelmed by the response from the crowd and fashion critics, seems to have finally gotten her foot in the door and made a name for herself, whilst friend Marc Jacobs came in second place with a total of 8,813 during the showcase.

Other popular designers on the list were Diane von Furstenberg with 8,608 tweets, and Alexander Wang receiving 6,767, according to the DailyMail. It is believed that this year’s fashion week event in New York was the most talked about event on Twitter (though stats have not been announced yet), while last year’s fashion week only received a total of 671,028 tweets overall using the hashtag #nyfw.