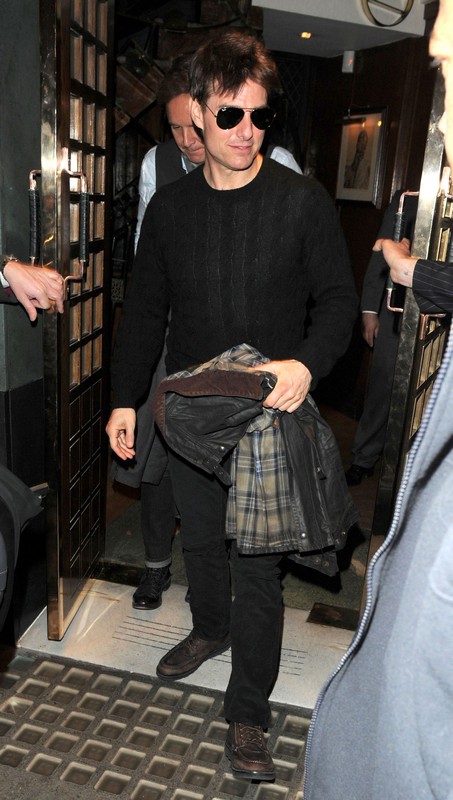 Actor Tom Cruise, 50,  was seen dining out at Ivy restaurant with a mystery friend in London England on September 22, 2012. Could she be a new marriage candidate.  Rumor has it Scientology has been interviewing future wives for him, so this mystert date may be one .

As of now her identity is a mystery, but she looks like a clone of all the other women he has been involved with in recent years with her tall, thin frame and dark, cascading locks. The twosome were photographed leaving The Ivy in London on Friday night and of course Tom was all smiles. The actor is currently in London filming the sci-fiction thriller All You Need Is Kill, in which he portrays a soldier who dies in during battle against aliens.

What do you think is Tom interviewing for the next Mrs. Cruise?  Hit the comments and let us know your thoughts!

7 photos of Actor Tom Cruise was seen dining out at Ivy restaurant with a mystery friend in London, England on September 22, 2012.