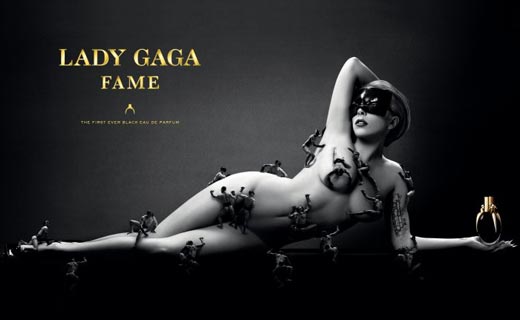 Lady Gaga has already surpassed the 6 million mark for her debut fragrance, titled Fame. Gaga who had said she had worked a very long time on her own perfume – with how she wanted it to smell and look, confirmed on Twitter yesterday morning that she has already sold 6 million bottles, making it the second fastest-selling perfume ever.

The fragrance, which was created by Coty, has also become people’s choice favorite perfume to use, despite it only being on the market for seven days. Seeing the success that the perfume has had, Gaga didn’t hesitate to announce the news to her fans on the social-networking site. “The reaction to FAME has been overwhelming,” she posted. “6 million bottles in 1 week makes it the 2nd fastest selling fragrance after Coco Chanel.”

While the singer recently joked that the perfume’s scent includes “semen and bood,” the actual description on the box reads that some of the ingredients to create the mesmerising scent are: notes of atropa belladonna, tiger orchid, incense, apricot and saffron. On to more good news, Gaga recently confirmed that she is gearing up to release her new album, while her first single is expected to drop sometime this year.