‘She’ll Do Anything To Get Back With Him’: Kristen Stewart Will Marry Robert Pattinson To Make Up For Cheating 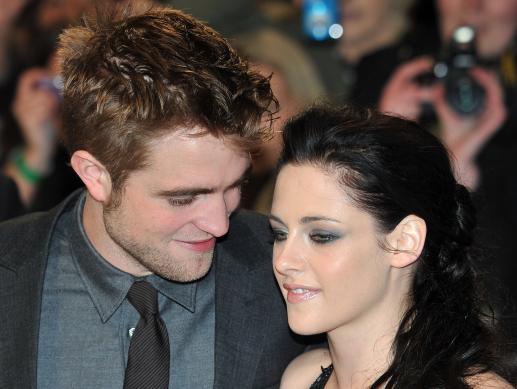 Well, this is… disgustingly sickening. According to sources, Kristen Stewart‘s plan to get Robert Pattinson back may be working after all. Kristen wants to discuss MARRIAGE with Robert as they get back together, in hopes to show him that she’ll never be unfaithful in their relationship again. Note, Rob has been eager to marry Stewart for over a year, while even planning to propose to her later this year before the cheating scandal went public.

But, Rob has forgiven Kristen for her actions and believes that she’s truly sorry. The couple have become so close again that they have decided to move back in with each other in their LA home, hoping that they can back to the way things used to be. “Neither of them wanted this to be the end, and, no matter how badly Rob has been hurt, he still loves Kristen deeply. He’s worried about what she’s been going through,” a source explained.

Since Kristen’s public apology, reports have come out stating that there were times where Kristen wouldn’t wash for days,- she’d have constant meltdowns and lacked sleep. She moved in with one of her best friends who has been updating K-Stew’s fans on Twitter saying that she’s fine, but adds that “she’s not the only one to blame for what happened,” which makes a valid point.

“Rob told Kristen the only way he can forgive her affair is if she truly commits to him. Rob has been keen to marry Kristen for quite a while and he doesn’t want to get back with her unless he knows she means it for life too,” the Daily Star quotes their source. “Although Kristen broke Rob’s heart he has realized he can’t live without her. He never stopped loving her and he believes she still loves him. He is desperate to make it work and wants to give her another chance but not unless she proves she really wants it too.

Now, hoping that the relationship is permanent “They have both talked openly about marriage before and she’s been telling him for years that she doesn’t want to rush into anything. But Kristen will do anything to get back with Rob now and one of the conditions is to discuss getting married and the future.”