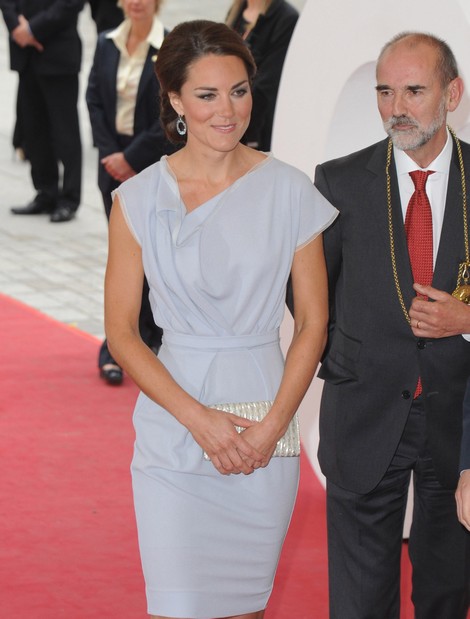 The world has been in an uproar ever since the French magazine Closer printed topless photos of Kate Middleton sunbathing. Prince William was also involved, shown slathering Kate up with sun lotion. Official reports from the palace have called the photos grotesque invasions of privacy, and the Duke and Duchess of Cambridge have sent their legal team to France to see that all privacy laws are enforced. Of course, they had to do that. One cannot take a bite out of the royal family and go without punishment!

A new source close to the family is explaining just where the anger and fury came from—and it isn’t with the content of the photos! Of course, Kate and Wills want privacy, but the source reported, “Kate is proud of her body. She knows she’s got a fabulous figure and isn’t scared to show it off.” Anyone who has seen the photos has to agree—Kate is trim and toned! Rather than getting embarrassed about her figure, Kate is holding her chin up. The problem isn’t that she has poor body image, it’s that she thought she had total privacy.

The source promised that “while she was embarrassed when the photos were published, it hasn’t put her off going topless again. Next time though, she’ll do it somewhere a bit more private. She just wants to lead her life.” I’m not sure how she’ll ensure that, as the Chateau was supposed to be entirely private! I’m sure that paps will be hiring private helicopters to scope her out in the future, now that they know how much money is baking on a scandal like this! But we are thrilled that Duchess Kate loves who she is and is proud of her body!