Aviva Drescher Says Her Father George Has Been Her Hero! 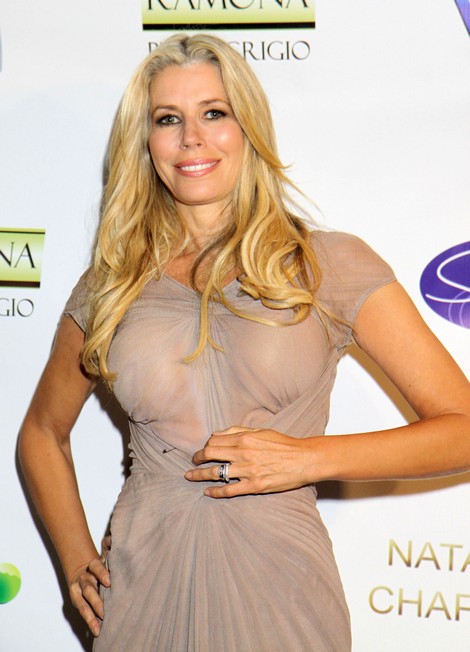 Real Housewives of New York star Aviva Drescher has had more drama on the show than all the drunken rich bitches of all the seasons put together. Aviva had brunch with Ramona Singer, but this wasn’t an ordinary brunch with politics, orange juice and the humming of bees in a garden made by a Stepford Wife. No, Aviva accused Ramona of an alcoholic during the infamous St. Barts trip and the tempers flared like hair extensions in a trailer park. Aviva was the only missing link during Ramona’s charity fashion extravaganza, but her father, the 80-year-old George, went to the party with a message for Ramona – stop making fun of Aviva’s phobias!  Poor George was kicked from the party and he referred to Ramona as “trailer turd” during his exit. Dudes, are you serious right now?

Aviva took to her Bravo blog to defend George’s actions. She wrote, “My dad had no idea it was a girls-only event. I was supposed to go with him, but at last minute decided to opt out. Suddenly, he found himself in a situation where he felt he had to protect his daughter.” He is 80-years-old for crying out loud! Thank God the man didn’t walk off a cliff and thought he was sky diving! Aviva also expressed her love for her father and how he helped her “cope with the conveyer belt accident which cost her her leg.” Yes! Final Destination and the defunct Ricki Lake show finally had babies and called it Real Housewives! Aviva continued in her blog post, “Ramona should not have had two guards eject my father from her party. It was a vile moment that says more about Ramona’s relentless need to be seen in the best light than my father’s behavior. For the record Ramona’s self serving overreaction to my fathers [sic] touching her arm was the worst bad acting I have ever seen. I was very surprised that Ramona wouldn’t accept my check. This was about a charity, where personal feelings should not get in the way of money given to help those in need.”

Do these people get paid to stir up alcoholic beverages and poorly written blog posts? We hope not! Let us know your thoughts in the comments below.