Lady Gaga Assures Fans Not Having To Be Size 0 Still Makes You Beautiful: ‘It’s Society Who Is Ugly’ 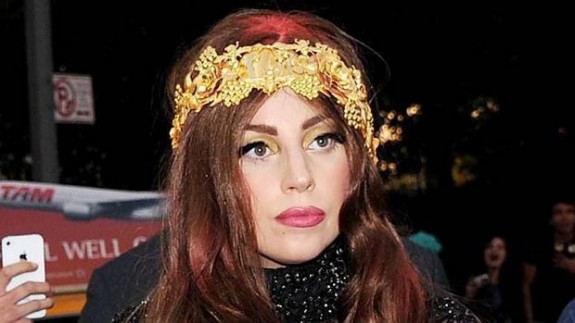 Lady Gaga has hit back at reports, saying that she was pregnant just because she had put on a couple of pounds. While those were the nicer comments, others wrote vile stories on how the singer had started to look “too fat” to perform on stage for her current ‘Born This Way Ball’. Now, Gaga is once again wanting to reassure her fans that no matter how big or small you are, you don’t need to be a particular size to feel beautiful in your own skin.

Writing on her official website, the singer shared her frustration with the press: “To all the girls that think you’re ugly because you’re not a size 0, you’re the beautiful one. It’s society who’s ugly. Thank[s] to my fans who love me no matter what, and know the meaning of real beauty&compassion. I really love you.”

Gaga recently told a radio DJ that her weight gain had not come from pregnancy, it was because she has enjoyed eating her father’s italian food from his restaurant – while a lot of the food which he makes was pasta.”I love eating pasta and I’m a New York Italian girl. That’s why I have been staying out of New York. My father opened a restaurant. It’s so amazing… it’s so freaking delicious, but I’m telling you I gain five pounds every time I go there. I’m dieting now but my God.”

So, what’s the latest bizarre story? Well, according to a dozen of sources, Lady Gaga wants to get married next year to her current boyfriend Taylor Kinney, who she has introduced her mother and father to. The couple are set to tie the knot in Italy, in her father’s hometown while all of the family members will be flown out. And get this – the wedding will take place one day after her concert. Ha. We don’t believe this one bit.