Katy Perry Named Billboard’s ‘Woman Of The Year’: ‘She Has Broken More Records Than An Artist Can Hope For’ 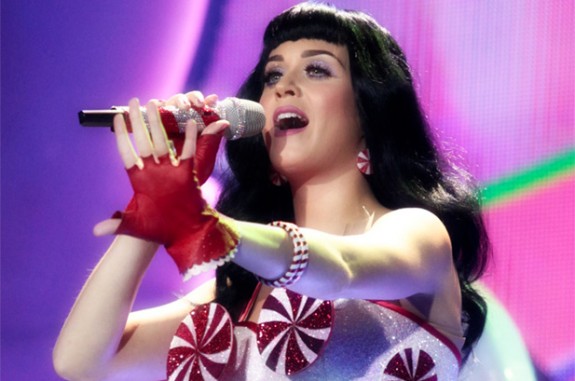 Katy Perry will be taking home the Billboard magazine’s ‘Woman of the Year’ award on November 30th. The singer who had five number ones from one single album, Teenage Dream, has received dozens of awards since breaking the records of most number ones from one album for a female artist – songs include, California Girls, One That Got Away and E.T.

Bill Werde who is the editorial director of the publication confirmed the news that Katy will be honored the award at the Billboard Women in Music event in New York City: “Katy Perry broke into the industry not even five years ago, and has already accomplished more than most artists can hope for in an entire career,” Werde explained.

Werde continued that the records Perry has broken have been stunning: “We are thrilled to celebrate these incredible achievements and her amazing past 12 months by presenting her with the Billboard ‘Woman Of The Year’ Award. With what seems like a never-ending supply of record-breaking, chart-topping hits, coupled with her unique and fresh style, Katy Perry is hands-down one of the most exciting and inspiring artists in the industry today.”