Rihanna Slows It Down With New Single ‘Diamonds’: Listen To Snippet Here 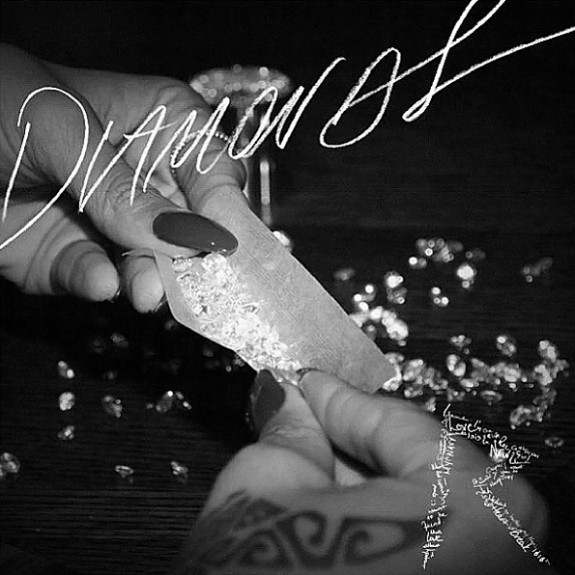 Yup – it looks like Rihanna will be counting another song to her dozens of top ten hits around the world. The Bajan singer’s team revealed two weeks ago that Ri was to release a new song called Diamonds, followed by a world tour in March – hinting that there is an album to follow after the release of the first single. While it’s believed the album will receive a November release date, the song was officially played on radio worldwide today, and it’s a hit.

Stepping away from the dance genre, Rihanna is going back into R&B/Pop it seems, and rightfully so, considering that she came up in the music industry doing R&B music, but after the success of dance music – thanks to David Guetta – the singer had joined the bandwagon to take her music into a different direction. Nevertheless, Diamonds is surely going to be a hit with it’s slow-tempo, yet meaningful words.

This will be refreshing for Rihanna fans, as so many artists have moved over to dance tracks. Hopefully Ri can make people see that we need to get the music back to how it used to be. Ha,- all this Starships were meant to fly, hands up and touch the sky is becoming a little bit too much for us. Hear a snippet of the new single below.

Let us know what you make of the new song below!