Teen Mom Maci Bookout Downward Spiral: Turning To Alcohol After Break Up, Out All Night 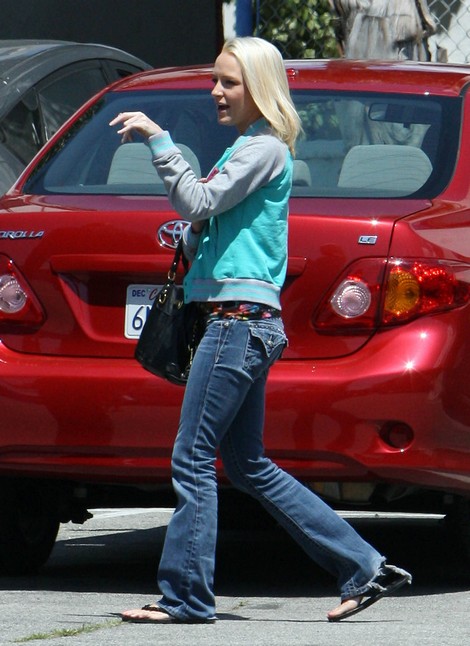 This sucks! My favorite Teen Mom, Maci Bookout, has always seemed so saavy. She’s in school, working, speaks about birth control, and spends lots of time with her son, Bentley. Basically, she is the only one on the show who doesn’t completely fail at all aspects of life. But Maci is causing a Twitter storm, tweeting about a not-so-innocent night out with friends. Last night, she tweeted “its Tuesday, im out . . .  #beer and my #treehousebeetches. we are causing trouble, this is fun. its been a very long two weeks. #gimmieabreak”. You may be wondering what’s so wrong with a 21-year-old woman going out for a night with some friends. And the action itself isn’t one to cause hellfire and death.

First, Maci is a mom. I assume that Bentley is with dad, Ryan Edwards. But even if she has a sitter, it doesn’t look good to the kid for mom to be going out drinking. She later tweeted a picture of herself holding a huge drink. Second, Maci is just getting over a pretty awful breakup from long term boyfriend Kyle King. Since the split, she’s been flirting with ex boyfriend Kyle Regal on twitter. Maci needs to slow down, enjoy her life, and stop trying to fill it with guys she’s already dumped! Third, Maci is a role model for a lot of girls. As an advocate for birth control, she has a lot of influence on teens, and has over a million followers, and her casual party on a Tuesday night will validate a lot of unhealthy habits!

What do you think of Maci’s weeknight party? For most it’s a school or work night. Do you think it’s appropriate to get drunk when you have responsibilities the next morning? And remember, as a mom, Maci’s responsibilities never end. It’s hard to say if this is a special occasion night out or the tip of the iceberg, but even Maci admits that life has been rough lately. We hope that she isn’t turning to alcohol and parties to escape from her real life! Here’s to hoping she won’t be the latest Teen Mom to end up in court with a DUI or in rehab for substance abuse. Get it together, girl!