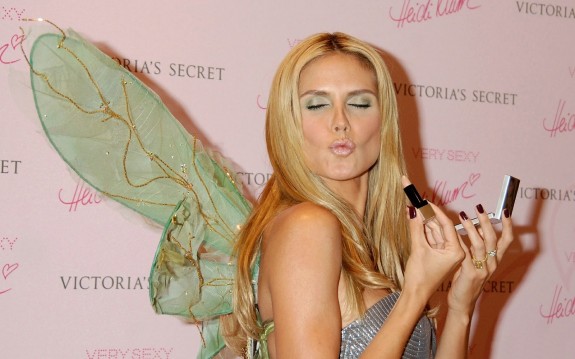 Heidi Klum will be hosting the 2012 MTV European Music Awards, it has been confirmed. The event, which will be held in Frankfurt, Germany this year, had singer Selena Gomez host the show last year, while boyfriend Justin Bieber performed. Klum is set to jet out to Germany within weeks, as not only is that her hometown where she’ll get to see her parents, but it will also give her time to rehearse her lines and get prepared for the big night.

We’ve never seen Heidi host an entire awards show, but knowing that she’s very confident (She hosts Germany’s Next Top Model), this wouldn’t be such a hard job for her. The supermodel revealed the news, saying: “I’m honored to host the 2012 MTV EMAs in its return to my home country of Germany. The MTV EMA is one of the biggest nights in global music, fashion and culture, and I’m thrilled to play a part in bringing this one-of-a-kind show to audiences all over the world. We’re going to have a blast!”

Heidi recently revealed that she had started seeing her bodyguard, Martin Kirsten, which Seal found disrespectful because they had not even finalized their divorce at the time. When Heidi appeared on Katie, she explained: “I don’t even know if I could call it [a relationship], you know, it has just started. I don’t know, I don’t know where it is going to go.

The EMA’s will be shown live on November 11th. Are you watching?!?!

Do You Want to Know What Heidi Klum Is Removing?