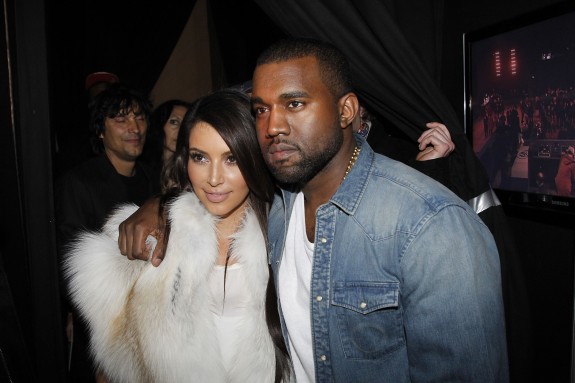 Kim Kardashian is trying to sound like she isn’t spoiled with all the things Kanye West buys for her, so there’s no doubt in our mind that if the rapper turned up with just a smartphone, she’d dump him within seconds… after taking the phone from him, of course. Ha. Kim has said that she wants Kanye to buy her the latest Apple product iPhone 5, but isn’t picky with what he should get her because he’s very good at picking out stuff for her (like the ratchet clothes she’s been wearing in LA. Yuck).

The reality star claims that she’d want an iPhone for her birthday – but note how she used the word “maybe” (because it’s not pricey enough): See the thing is, my boyfriend, he has such good taste that I don’t need to tell him. Before I would be like, ‘OK, this is what I want’. Maybe I want an iPhone 5. I kind of want that.”

Kim is not looking to celebrate her birthday in a club this year, with all of her friends in Vegas – not this year. Kim just wants something small,- just her family members and Kanye. She goes on to say that she’s working three months straight, and by working, she’s referring to shooting scenes for her reality show: “I’m working for like three months straight with just a couple of days off, so I would love to relax a little bit. I’m not so into a 32nd birthday. Doesn’t do it for me, so I don’t really care. Just hanging out with the family.”

Kim must be working her butt off by being herself while cameras follow her every move. We’d hate to be working as hard as she is. Wouldn’t you? Oh, and we’d definitely not do it for $40 million like she is, we’d do it for $400 million, because filming a TV show is so hard. Kim, please give me a break with your stupidity. Ha.