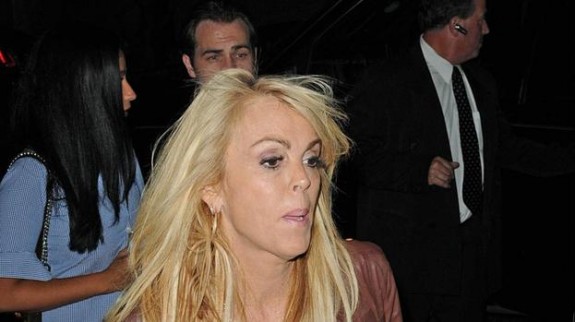 Dina Lohan has publicly reached out to Amanda Bynes, that she needs to have her family around her when times like these get rough. Amanda who pleaded not guilty to two charges of hit-and-run earlier this week, has moved out of Los Angeles and now stays in New York City, however, there’s still no word on where her parents are, what her friends are doing to support her and if the former actress is seeking some kind of therapy for her mental illness.

It seems to be that Dina was sober during the interview she gave to Entertainment Tonight (which is shocking, considering that she’s been a mess lately): “You know, I’m a mother, and I feel that’s for her mother to speak about and not me,” Dina said. “Because people have spoken for my child and myself, so I really feel that’s for her parents to discuss and Amanda herself.”

When asked on what kind of advice Dina would give to Amanda and her family at this time, she responded saying: “Just be around… It’s hard when your daughter’s not, you know, over 18, and you want to let them go… and they want to, you know, feel like they’re in control of themselves. So it’s a very strategic place for a parent to be, but she’ll be okay.”