‘They Love The iPad’: Nick Cannon’s Twins Are Already Hooked On Technology 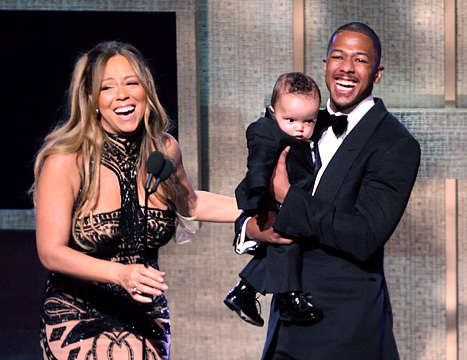 Nick Cannon has said that his children have been attracted to technology. Nick who has 17-month-old twins Moroccan and Monroe from his relationship to Mariah Carey, explained that though they may love to play on their iPads and other techno-gadgets, he will make sure that they know not everyone is as fortunate as they are and should help others in need when they are older.

Cannon, who hosts America’s Got Talent, talks about his own childhood experience and his rough upbringing – how his grandmother who didn’t have a lot of money still invited foster kids into her house because she wouldn’t ever want to tun away from people who needed help.

Nick tells People: “My son was playing with my laptop, and he broke it. My kids are already attracted to technology. They want to touch it; they’re always reaching for it. They love my iPad. That’s their generation; they love computers. So it’ll be important as they grow older to know what they’re doing online, to keep them safe.”

Speaking of his rough upbringing and his generous grandmother, Nick continued: “I want my kids to understand that every child isn’t as fortunate as they are,” he said. “I want [them] to grow up helping others. I was raised by my grandmother. We were low-income, but she was always taking in foster kids. She would help anyone, and it was a good lesson for me growing up.”