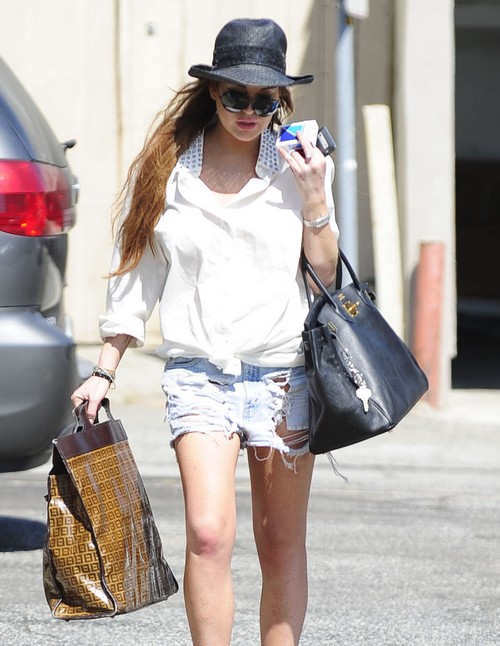 In the ongoing perils of Lindsay Lohan it seems LiLo was attacked in her hotel room today, or so she claims.  This gets even better apparently the alleged attacker was a man she just met.  The man’s name is Christian LaBella and he was arrested on 2 misdemeanor counts of assault and 2 charges of harassment.

TMZ has the excusive on the story, “According to our sources, Lohan told police she met the man at 1 Oak, a nightclub in Chelsea. Lohan said the two got into an argument later on in her hotel room after Lindsay noticed the man had taken photos of her on his phone.   A few of Lindsay’s friends were in the room at the time the photos were taken.   Our sources say Lindsay told police she confronted the man about the pics and he threw her on the bed causing scratches on her hands. We’re told Lindsay ran out of the room, but returned later. When she did, Lohan claims the man attacked her, choked her, threw her to the ground, and climbed on top of her. “

First question that comes to mind here, why would Lindsay invite a man she just met to her hotel room?  The girl seriously has ZERO judgement! Big surprise, he tried to take pictures, NOT!!!!

Lindsay was lucky one of her friends came to her rescue pulled the man off and Lindsay pulled the fire alarm to get police’s attention!