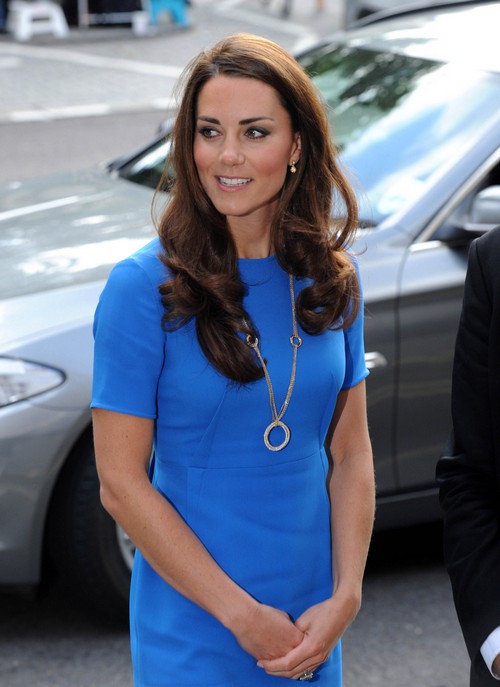 Poor Kate Middleton has been mortified since topless photos of her were released by Closer Magazine.  Two weeks ago I thought Kate Middleton’s topless scandal was finally over but the Dutch had different ideas. Se Og Hor magazine published its second set of Kate Middleton nude photos because obviously it was so nice they had to do it twice. And this wasn’t just the same old photos everyone’s been reusing.

Closer magazine struck first but Italy’s Chi magazine gave everyone a big old let down when they basically released the same boob shots. Se Og Hor upped the ante with the duchess in a new blue bathing suit… and a nice fuzzy pic of her gasp…. bottomless.

Kate Middleton has been apologizing non-stop to Prince William since the release of the topless and bottomless photos.  Kate feels she has embarrassed her husband, Prince William and his family.

“Kate is mortified,” a palace insider tells OK!. “Since she and William met, she’s constantly been on guard against embarrassment. When they used to go away with William’s friends, Kate would lecture everyone on what not to do in case there were photographers.”

What do you think about the photos?  Has this ruined Kate’s image or is it all a tempest in a teapot?  Hit the comments and let us know your thoughts!