Kim Kardashian Makes A Whopping $50,000 To Attend Fashion Shows, But Which Celebrity Makes The Most? 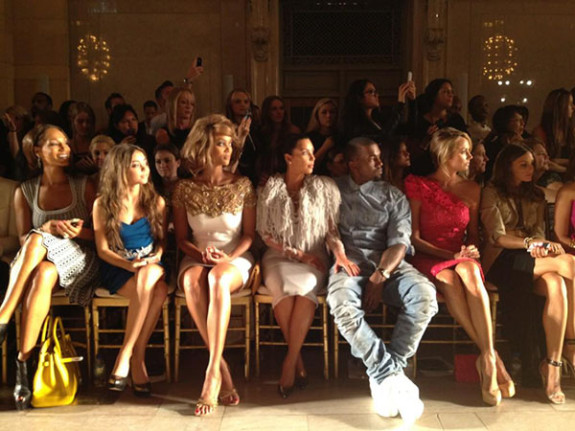 You would think that celebrities would turn up to a fashion show because they wanted to see the designer’s new clothing line – well, that’s not the case at all. Stars have been flying out to Milan, Paris, London and even New York these past few months for fashion week, but little did anyone know they were actually paid to attend these events. Stylist, Cameron Silver – also very known as a retailer – explained how the deals go down:

“They fly them out and put them up and offer a nice Paris or Milan holiday, unless they’re contractually obliged to attend. Others pay them an appearance fee.”

Kim Kardashian makes a total of $50,000 per show she is invited to attend, matching Blake Lively. Rihanna made close to $100,000 when she decided to head over to Karl Lagerfeld’s fashion show in 2010, while Anne Hathaway has recently denied that she makes any money from attending a show. Ha.

Beyonce collects $100,000 while Jessica Chastain received $800,000 to attend Armani Prive’s 2011 fashion show, making her the only woman to receive such a a high paycheck from sitting on her buttocks an hour! The designers explained that the reason they do this is to attract some kind of public attention when having a big star at their show — it boosts their sales for their clothing line and gives them a bigger reputation in the fashion business. Crazy or what!?!?!