Let’s Put It Behind Us: Robert Pattinson Forgives Kristen Stewart Because Of Their ‘Deep Connection’ 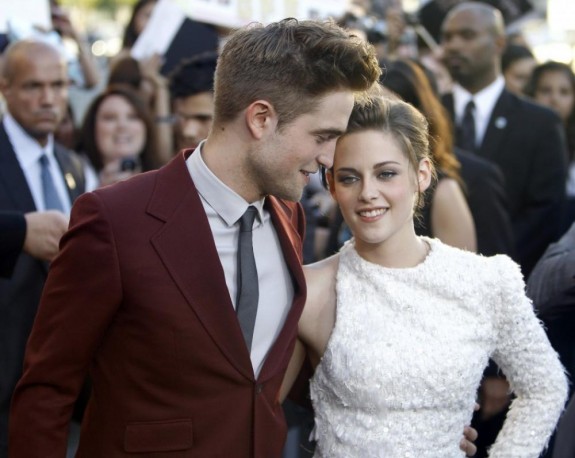 Robert Pattinson has reportedly forgiven Kristen Stewart for cheating on him with Rupert Sanders. The actress who publicly apologized for her actions only made the situation worse by doing so, as R-Patz’s friends said he felt humiliated and embarrassed by the whole thing. Now, however, the two have already moved back in and are starting all over. According to sources, Robert couldn’t let a three year relationship end with the woman that knows him so well.

According to Us Weekly, Pattinson had no intensions of moving out of their home for good. He needed a little break and think things through, before realizing that Kristen is the only person he’s really opened up to in his life – he considers her special, while they also have a special bond together: “Rob weighed his options. He wouldn’t even know where to start if he and Kristen were to break up for good,” the insider said.

Another source tells the magazine that the two have a “very deep connection” before continuing: “He started thinking nobody else would understand his life,” explained a friend. “His rational voice told him not to toss a three-year relationship for one infidelity.”

Robert and Kristen are supposedly going to walk the red carpet in November for the last Twilight saga movie, Breaking Dawn Pt. 2. This will decide if the two are really back together or if they are still going to keep their distance just to give the media the idea that they have not reconciled. Nevertheless, the two are on good terms now that the scandal has been put behind them.