One Directions’ Liam Payne Dating Leona Lewis? Singer Says He Has Liked Her For Six Years 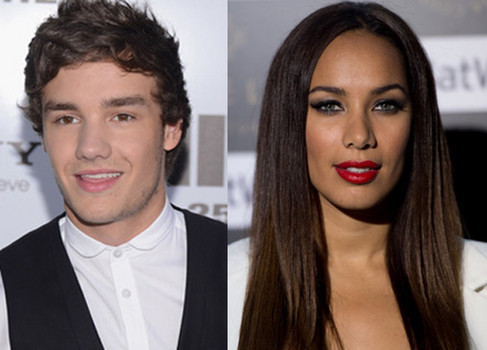 Liam Payne is seeing Leona Lewis, according to reports. The One Direction member recently ended his relationship to his girlfriend of two years just days ago, so it would seem bizarre that he would move on this quickly. But, then again they’re young and having fun. Leona who also found fame on the X Factor also recently ditched her boyfriend of two years, Dennis Jauch,- and has since been meeting up with Liam time and time again.

The two have become so close that they decided to give the relationship a shot, and according to sources, Payne is over the moon by her decision to move forward because he’s liked her for more than six years (since Leona first appeared on X Factor in 2006): “[Liam] is ­really excited about how things are going with Leona. As soon as the chance came to ask her out he grabbed it – and they really enjoyed their dates together.”

“Although they were in London they managed to stay out of the limelight and are really into each other.” Liam’s famil member have also been gushing out the relationship in the newspapers, saying: “Liam has never made any secret of his feelings for Leona. It hardly went down well last year with Danielle when he practically admitted he had a crush on her.”

“Then earlier this summer Leona told how she enjoyed giving Liam advice about his career. It was all harmless fun at the time. But now Liam seems to have moved on to Leona. He is not at all bothered about the eight-year age gap.”

Meanwhile, in a recent interview the star did for a radio show, he praises Leona, saying that he has liked her since she appeared on the show: “I have liked her ever since she did the X Factor all of those years ago.”