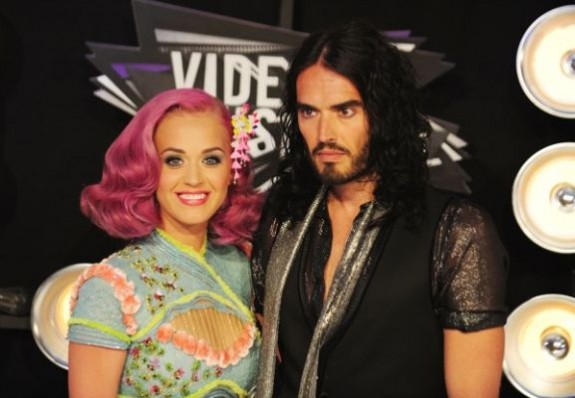 October 23rd will mark the day Katy Perry married Russell Brand, exactly two years ago. The two who tied the knot in India were so loved up, but their marriage crumbled just after 14 months of marriage, when Russell pulled the plug and filed the divorce papers. Perry will celebrate what would have been her second wedding anniversary with close friends, and according to sources, she’s calling it the ‘Divorce Party’ – but there’s a reason to why she’s doing this.

Katy has been “dreading” the day for weeks, and didn’t want it to bring her mood down, so instead of crying her eyes out over her doomed marriage, she’ll throw a small party at her home in Los Angeles after her friends persuaded her that it will do her some good.

“Katy has been dreading October 23 for weeks now, and has been trying to think of ways to turn it into something positive,” an insider said. It’s her birthday two days later and the last thing she wanted to do was spend that week depressed and miserable, which would then mean not doing anything to celebrate her birthday.

“Her pals have been persuading her to have a huge party or go to Vegas for a few days, but Katy decided on throwing a small gathering at her home. She has decided to call it her ‘divorce party’, and it will be a day of doing what she loves with her favorite people.”