Brittany Kerr Claims She is Not Normally a Homewrecker 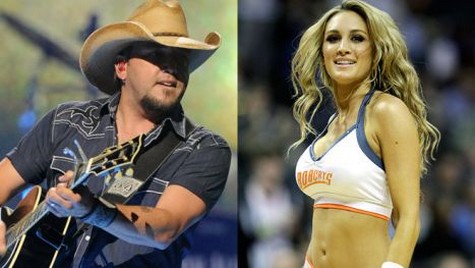 Brittany Kerr isn’t one to usually one to grind on and make out with married men in public. At least that’s what she’d like us all to believe after photos of her smooching the very married Jason Aldean hit the internet on Sunday. He immediately took to his Facebook to formally apologize to his high school sweetheart/wife for cheating on her while drunk at a bar on the Sunset Strip. In the meantime Brittany has become the villain in this scenario (rather than the married guy) and had to shut down her Twitter page because the heat got to be a little too much. She then issued this apology,

“The actions I portrayed recently were not a representation of my true character, but a lapse in judgment on my part,” Kerr said in a statement released through her publicist. “I would like to sincerely apologize to everyone that has been affected by this, including my friends and family.”

Friends close to Brittany claim that the ex-American Idol contestant had no idea that Jason was married and if she had known she would have stopped things in the bar before they got cooking. I’m going to go out on a limb here and give her the benefit of the doubt. She’s young and obviously not the brightest bulb, she may have thought (or been told) he was single.

Jason on the other hand, knows that drunk or sober you don’t touch another random chick, period. He has a wife at home that takes care of his kids while he spends his time on the road. After all the apologies I have to wonder what Victoria’s next move will be. Do you think she’ll insist on a separation or will she accept the apologies and ignore the lies? Tell us your thoughts below!