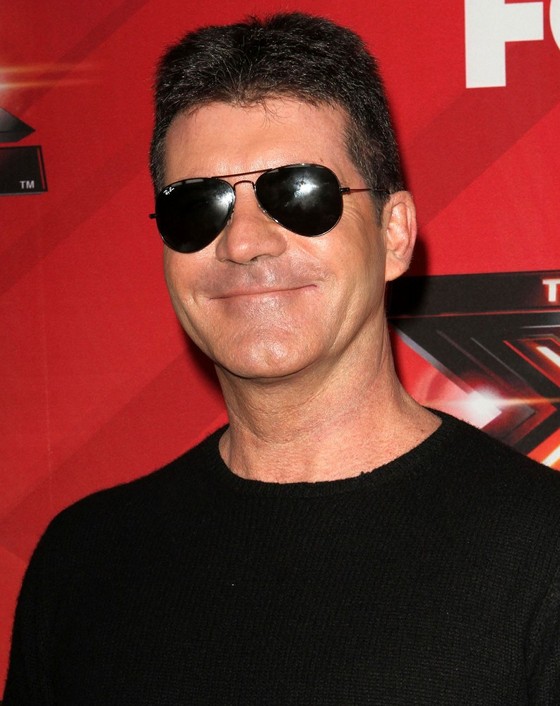 You’d think that after all of the crazy stuff Demi Lovato and Britney Spears have gone through, being in the same room as them would be a self-esteem boost, but not so for judge Simon Cowell. A source close to the judges has come forward and says that a Simon makeover is in the works! They reported, “[Simon’s] always been proud of his dressed-down sense of style. He loves the jeans and a T-shirt look or unbuttoning his collared shirts to show off his chest.” I think we can all agree that no fan is tuning in for Simon’s chest hair! Apparently Simon started second guessing his style after Sophie Grace Brownlee (of YouTube sensation Sophia Grace and Rosie) mentioned how high he pulls up his trousers. “Simon was already having a bit of a midlife crisis, so knowing people think he’s wearing mom jeans really blindsided him.” Ouch! Time to spend some of that fortune on a personal stylist!

Apparently it wasn’t just comments of a British 8-year-old that got Simon thinking. Fellow X-Factor judges Demi and Britney are conspiring as well! The source explained, “It’s a real blow to Simon because he brought Demi and Britney onto the show to give it a younger feel, and now they’re telling him that he’s the dinosaur.” We understand needing the mature man to draw in the 30-49 female demographic, but wouldn’t it be even more affective if Simon had a proper haircut and swapped the deep v-necks for cashmere sweater sets?

It must be hard for him to sit next to super-groomed L. A. Reid day after day, knowing that he pales in comparison. It isn’t just his style that’s been knocked down, his ego is also taking a blow. The source divulged, “It was tough for him, especially since he’s always considered himself one of the world’s most eligible bachelors. It really bruised his king-size ego. Now the girls are pushing him to change it up, and he’s promised to try a few new looks.” Poor Simon! But you’d think a man who has made a career out of criticizing people would have a thicker skin! I think it will be refreshing to see Simon trying some new styles–no one wants to be a bachelor forever. Get a nice pair of trousers and a sweater and all of the contestant’s mothers will come running for him!