Lady Gaga Fights Back At Critics Calling Her A Fat Sl*t After Gaining 25lbs: ‘They Wont Kill Me, They Wont Stop Me’ – VIDEO 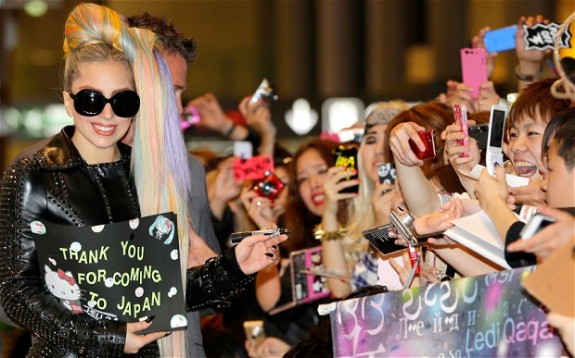 “Let’s cheers and celebrate to them calling me a fat attention-seeking whore” were the words Lady Gaga used at her Born This Way concert show. The singer who performed in Zurich on Friday evening addressed the rude comments the media have made in the press because she has put on weight. While some said she was a sl*t, others went further by calling her a fat attention-seeking whore.

But, it definitely didn’t get to her as much as we would have thought, as she performed her hits, before adding that “they wont stop me from speaking my mind” in an emotional performance of her hit single ‘Hair’. Her fans cheered throughout the song as Gaga continued:

She ended with: “To 30 more years of people telling me to shut my mouth about equality and gay rights. May we say cheers and celebrate 30 more years of the conversation that we’ve started that we’re never gonna finish.”

Watch the video below to see the touching performance!