Things Are Getting Chilly Between Kanye West and Kim Kardashian 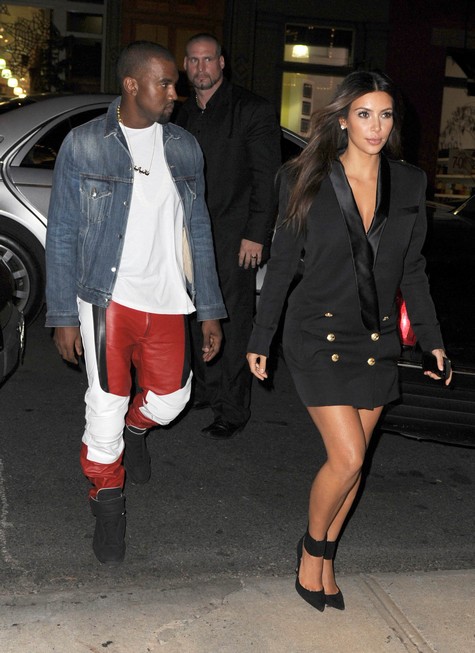 No matter how hard she tries, it looks like Kim Kardashian might not be Kanye West’s “perfect bitch” after all.  She is rumored to have gone above and beyond to prove to Kanye that she can be his ideal little wifey, even going so far as to iron the rappers clothes and pamper him, but it’s just not working.  She even got a cat named Mercy in honor of Kanye’s dog and when they aren’t together she bombards him of pics with her and the cat together. While his pal’s say she does it to show love, it just sounds crazy to me. And desperate, which is Kim’s position in nearly every relationship.

According to Page Six Kanye is about over the constant clinging and “things between the pair are “cooling off” because “he’s getting tired of the constant press and promotion. He’s not as tight with her as he was.”

Okay, back up. Kanye is ALL about press and promotion and yet he is sick of the media machine that is the Kardashian family? It has to be pretty bad then! I’m betting Momager Kris Jenner is trying to run his life (in front of the cameras) just as she runs her kids!   I mean, the writing has been on the wall here from day one. Kim is no one’s perfect bitch because she is too much of one to put another person before herself. That is why her relationships go down in flames. It’s part of the reason this one will too, don’t you think? Tell us your thoughts on Kim and Kanye? Are they about done or is this just the beginning for them?