Scott Disick On Fatherhood: ‘My Son Is My World, My Daughter Is My New World’ 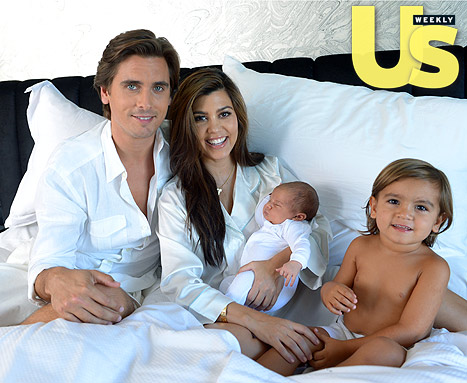 It was only three years ago when we watched crazy maniac Scott Disick return to his hotel room and go nuts by punching the mirrors in the bathroom, shouting across the hallway and even “play-fighting” with Kourtney Kardashian‘s brother Scott. However, a few stitches for his slit arm from the pieces of glass on the floor, several therapy sessions and a kick in the butt by Kris Jenner and the man seems to have gotten his act together.

Scott has now dedicated his life to his children, Mason Disick and daughter Penelope Scotland Disick – born earlier this year – who he says has become his main priority in life. He tells Us Weekly: “My son is my world and my daughter is my new world,” he said. “So it all combines. It’s pretty unbelievable starting another chapter in your life. It’s a lot better than not having children.”

No more alcohol for Scott? That’s not going to happen – of course he will drink occasionally, but to see him act up like he did in Miami, three years ago, that’s unlikely to happen now that he has so much to lose if he does do it. Oh and isn’t it funny how the two are currently filming Kourtney and Kim Take Miami with Disick being there with them — should be interesting to watch what the man has in store for the viewers.

Will you be watching Scott be a good boy, or hope he will go bananas?