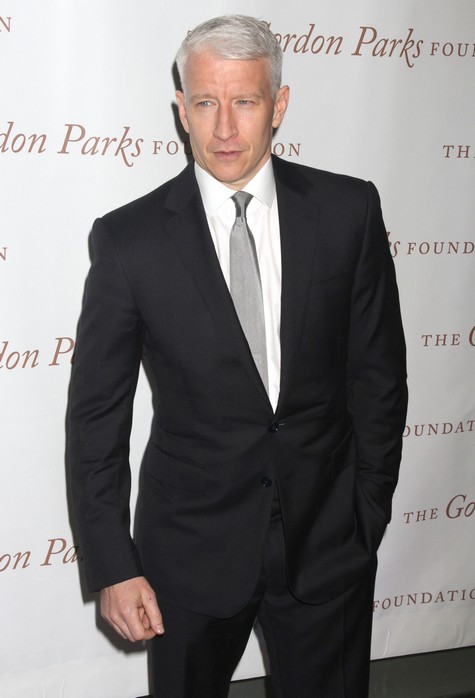 Anderson Cooper officially came out a few months ago to an expecting audience of fans and viewers of the silver-haired ex-news anchor. He was lauded for his courage, class and respectful coming-out story. However, not all of Cooper’s critics were swayed by his sudden revelations. Star Jones, the controversial “View” host, said that Anderson’s gay announcement was a rating’s ploy to drum up viewership for his talk show. Anderson revealed this bombshell during a segment of “Anderson Live” with Bravo bigwig Andy Cohen, who asked Anderson if he felt any different after his public coming out in July.

Anderson spoke out and said, “I will say and I actually haven’t mentioned this, the only thing that did kind of annoy me and actually it annoyed my mom who brought it up to me, Star Jones of all people. I haven’t thought about Star Jones in I don’t know how long. I was unaware she was even on TV still, but she apparently shows up on a morning show. Out of the blue Star Jones said this was a ratings ploy by me to boost ratings.” Anderson was also able to challenge Jones’ revelations and on the show, which airs today, Anderson says that Jones “couldn’t have been more wrong.” He was on assignment in Africa when he made the announcement in an email to a journalist friend.

He continued his rant and said, “If I was wanting to boost ratings, I would have waited to announce it on ‘A Very Special Episode’ that would have been promo’d for weeks and weeks and there would have been commercials … ‘Anderson’s Huge Announcement.‘”

He also attacked Jones and inadvertently called her a hypocrite, “As memory serves, in terms of boosting ratings, I seem to recall [Star] hocking her wedding every single day to get free products when she was on ‘The View’ and I seem to recall her lying about her gastric bypass surgery and making everybody else lie about it as well. So for her to suddenly emerge out of the shadows and suddenly attack me for this, I couldn’t believe it.” According to Anderson, he invited Jones to his show to discuss the situation with him, but she turned it down. He quipped rather sarcastically, “I would think she would want as much publicity as possible given her penchant for wanting publicity.”

We agree, it is none of Star Jones’ business how, when and why Anderson Cooper came out. She needs to learn how to shut her mouth and keep her controversial opinions to herself. What do you think? Are you a fan of Star Jones? Do you think she overstepped the line on this one? Let us know in the comments below.