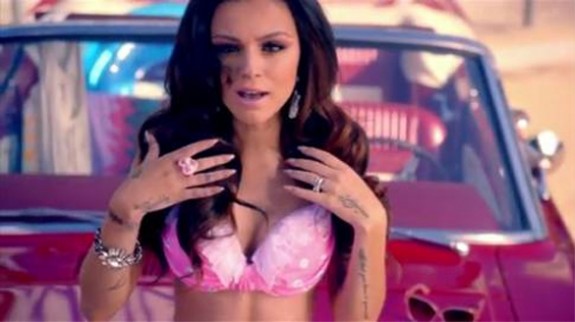 Looks like Cher Lloyd changed her mind at the last minute, because last month she had revealed she would be releasing ‘With Ur Love’ as her next single Stateside, before recording a new song, titled ‘Oath’, featuring Becky G which has became her favorite song and therefore switched it up to make the newly recorded song her second single to go on sale. Whether it was a good move, we can’t say but both songs are catchy.

Becky G, a new-comer to the music industry should be happy to hear that the single has been added to Cher’s just-released record Sitcks & Stones, which was released earlier this week. Its highest peak in the iTunes albums chart has been no.3, making it very likely to receive a top 10 Billboard place, following the success of her first single ‘Want U Back’.

Did you know: Cher was a contestant on the UK’s version of X Factor, where the singer came fourth, while her rivals One Direction came third. Lloyd’s audition for the show is the most-viewed video for the official UK X Factor channel on YouTube. She’s currently signed to LA Reid’s Epic Records.

Check out the video below!