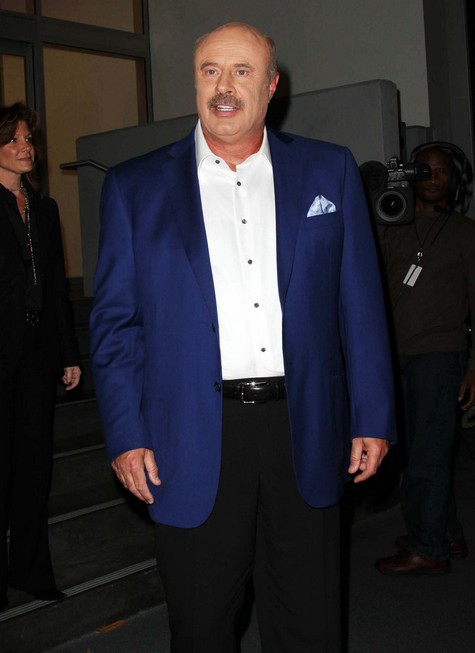 Dr. Phil McGraw has been involved in controversy ever since his famous “Dr. Phil” talk show spun-off from Oprah several years ago. There have been serious allegations during his show’s run, with several critics lashing out at the production methods, choice of show participants and overall theatricality. McGraw was able to do what no-one was able to do before him – bring the scandalous fly-on-the-wall modern day therapy sessions to an international television show audience. However, Dr. Phil is not only famous for his methodology, but also for his celebrity. What makes the most famous psychologist in the world oh-so-extra special? One name and one name only, Dina Lohan.

In an exclusive National Enquirer interview, former child star Paul Petersen, who played Jeff Stone on “The Donna Reed Show” slammed Dr. Phil for allowing Dina Lohan to fall apart on international television. He told the Enquirer, “The man is a doctor. He can tell the signs of intoxication, yet he didn’t do anything. He exploited her!” In a society where reality television is the buzz-word for emotional drama, the Dr. Phil show is merely an extension of that inherent need to gasp in disbelief at differing ideologies. It makes for great television, but it is really bad for the industry.

The now infamous Lohan interview was riddled with bizarre behavior and obscene hand gestures by Dina. It was extremely difficult to watch Lindsay’s mother completely fall apart on such a massive platform. Dina was paid $50 000 to appear on Dr. Phil, which was in itself a ludicrous amount of money for a failed reality television star and fame whore.

Petersen insisted that McGraw had an obligation to “stop the interview and offer help, but the trouble is for him, celebrities of any stripe are considered fair game. It’s all about ratings.” The idea behind Dr. Phil’s show might have been well thought out, but the show had since the premiere become extremely tabloid-esque with the scandalous headlines and Ricki Lake type people. It isn’t about the causes anymore, it’s all about the bad one-liners and the simulated idea that people really do walk away from that camera-swinging set as enlightened individuals.