Jessica Simpson’s Mother-In-Law is Over Staying Her Welcome 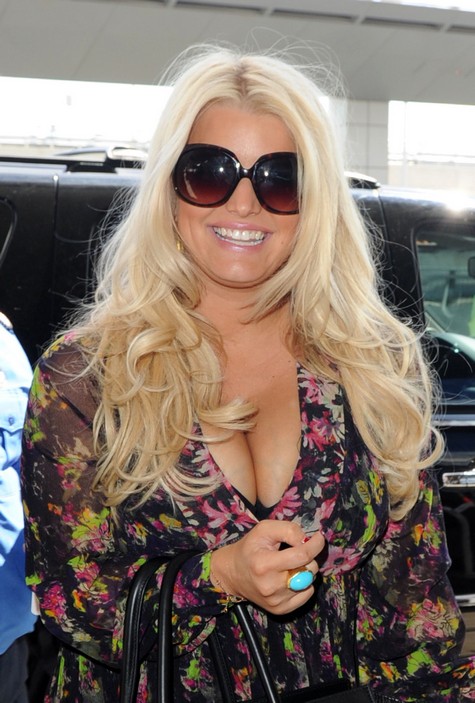 Being a new, first-time parent is rough so it’s not too surprising that when Jessica Simpson had her daughter Maxi back on May 1st, she’d want her mom, Tina Simpson, to be around a bit. Grandma usually does come to help out for a little while, if she can. That’s pretty normal. What isn’t normal is to all but move your mother into your home for six months, obviously alienating your man! That’s exactly what has happened with Jessica and her fiancé, Eric Johnson. The couple isn’t even hitched yet and already Eric is at the end of his rope with his (maybe) future monster-in-law. According to The National Enquirer,

“At first Tina would drop by to help out with baby duties and household chores, “which was great because Jess and Eric were so overwhelmed,” said a source. “But then she start­ed spending the night. The next thing Jess and Eric knew, Tina had moved into one of the guest rooms with sev­eral suitcases and was staying over a couple of nights a week!  Now Eric is saying that either Tina goes or he does!  Jess feels guilty turning her mother out when her mom is dealing with the collapse of her marriage,” added the source. “She promised Eric that Tina’s constant presence is just a temporary thing.  But if something doesn’t change soon, it’s going to throw a monkey wrench into Jess and Eric’s wedding plans.”

I can tell you firsthand, there is very little worse than being stuck with a mother-in-law that makes your life miserable. There comes a point where ultimatums really have to be issued and it sounds like Eric is definitely there. You cannot live as a couple with an overbearing parent trying to boss you around. It just won’t work and hopefully Jess will realize that before Eric does leave even temporarily.

Do you see them really making it down the aisle even if Tina wasn’t a catalyst for trouble?  Do they strike you as a couple that will make it in the long run or is this just another long term relationship for Jess that is ultimately destined to end? Tell us your thoughts in the comments below!