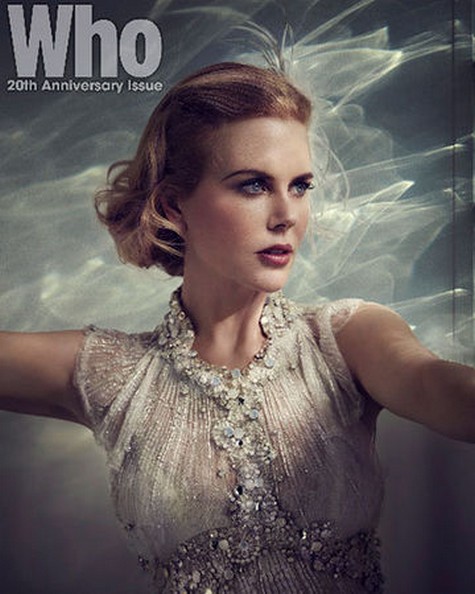 Nicole Kidman stepped out this week looking as radiant as ever. The Aussie actress was honored for her work at The New York Film Festival and is quite obviously happier than ever in her marriage to Keith Urban. She also went ahead and did the unthinkable; she actually talked to Australian Magazine about her marriage to Tom Cruise.

“I married really fast and really young. But I don’t regret that because it got me (children) Bella and Connor and I did have a fantastic marriage for a long period.  There were times following (the divorce) when I thought, ‘Wow, this is the loneliest, loneliest existence’. But with Tom, it was a fantastic decade.”

I’m guessing it was fantastic as long as Nicole was willing to submit to Scientology’s every command and demand of her! It was also fantastic as long as she was blinded by the glamour and glitz that Tom brought to her life!  I do appreciate that the actress was able to point out the good that came out of her marriage and the ten years apart has obviously helped to heal any hurt that the split initially caused.

Nicole shot down rumors that she had reached out to Katie Holmes this past summer and says she left Tom’s most recent divorce to the people directly involved in it- Tom and Katie.

One thing is interesting, Nicole mentions her children with Tom, but she hasn’t been allowed to actually see them in years thanks in huge part to Scientology rules. Do you think that she has made as much peace with that situation as she has with her divorce?  Have her two young daughters with Urban helped to ease the sting?  Do you believe that Nicole really considers spending a decade with Tom a fantastic experience?