Bristol Palin Threatened With Suspicious Package: Quit Dancing With The Stars Or Else! 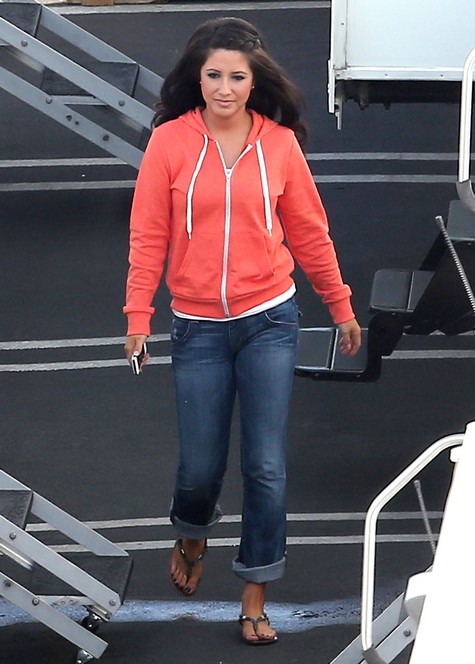 Scary! Love her or hate her, you can’t go around mailing people “white-powdery package[s] that read something like ‘This is what will happen to you if Bristol Palin stays on.” Bristol Palin is the daughter of ex-vice presidential nominee Sarah Palin, who the public either loved or hated. After standing by her mom she received a lot of flack. Earlier this year, a video surfaced of her son saying the “f” word, and she has been pretty open about her negative views of the LGBTQ community. Needless to say, Bristol is not a meek or neutral celebrity, but threats of physical harm are never justifiable! Especially when it isn’t even about politics or something important—the threat came after someone was displeased with her part on Dancing With The Stars!

After the suspicious package was sent into the CBS lot, law enforcement was called in. Although the powder was deemed harmless police are “still treating the situation as a credible threat, and [are] currently investigating the situation.” Scary! Could this be the same person who who sent her a package during her first stint on the show back in 2010? After Bristol made the finals of DWTS, she opened a fan letter to find it filled with white powder! Thank god it was just talcum powder, but an FBI investigation followed.

This is awful because, first, it’s just a TV show! I know people get into it, but is it necessary to get the FBI involved over threats like this? Also—whoever did this obviously doesn’t care about other people coming into contact with the fake anthrax. The package went through the postal service, the CBS lot mail room, and I’m sure even more people before it would ever get to Bristol. Can we agree that this is totally not the way to respond? Make a hashtag and get it trending on Twitter, or print out a collage of weird faces the dancers make. Does this change your opinion about Bristol? Girl just wants to dance!