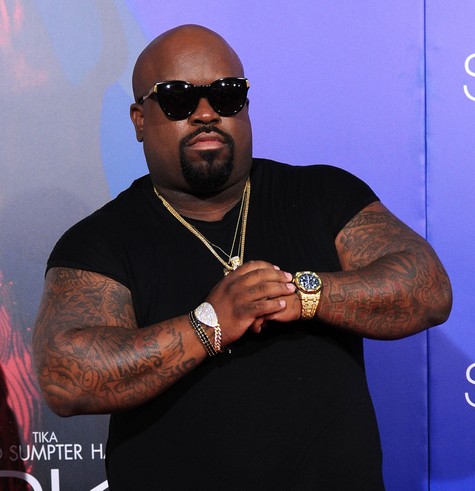 There is at least one person who isn’t buying the “leaked” video of Nicki Minaj and Mariah Carey fighting, and that’s Cee Lo Green! The video shows the newest American Idol judges screaming at each other, and Nicki has taken to her Twitter to continue the stream of crazy talk! Yesterday, Nicki tweeted, “All I do is compliment u. That’s not enuff? Ur a legend, cheer up. U don’t have to run down your resume or feel intimidated. Shady McGrady . . .” While I can’t imagine fighting with someone at work like that, Cee Lo Green has a theory, “This is Hollywood, California. Hardly anything’s legit.” Good point!

Of course, Cee Lo Green is currently a judge on the hit show The Voice, which is another spin off of American Idol, so it’s no surprise he would want to nip this in the bud and call it a desperate grope for publicity! Although I’m pretty sure you can get fired for threatening to shoot someone at work, which is what Nicki did to Mariah—maybe their contracts say it’s okay to do so? American Idol, The X Factor, and The Voice are three vocal performance shows that currently fight for viewers. When asked if concerned, Cee Lo responded, “I’m not intimidated. I think it’s entertainment for everybody.”

A mature conclusion for the guy whose hit song has the chorus, “fuck you!” What do you think of this war? Nicki is obviously threatened by Mariah’s fame, and the fight started when the two judges disagreed over feedback to a contestant. If that’ll set them off, it must have been simmering for a while. Of course, with ratings dropping, this could be an elaborate PR stunt to encourage viewers to tune in and watch Starships songstress fight with a legend. Do you buy it?