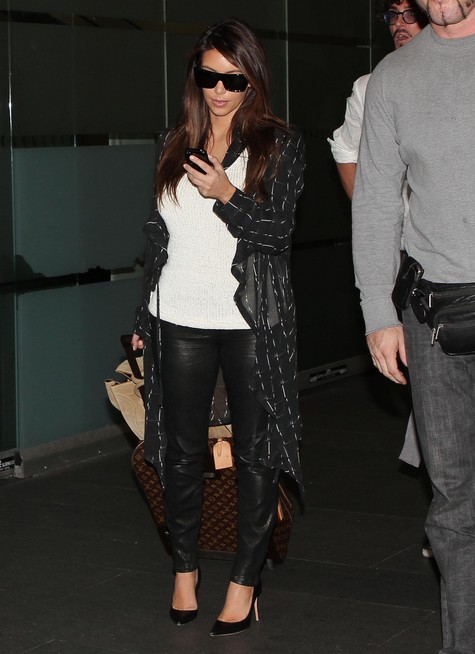 The romance between reality star Kim Kardashian and rapper Kanye West has been tumultuous and incredible—and not the good incredible, but in-credible. As in I’m pretty sure it’s a publicity stunt. This season of Keeping Up With The Kardashians we saw Kanye force Kim to wear only clothing that he approved of. He’s said that he wants her to be classy and demure like Kate Middleton. He’s tweeted intimate details about her sex life. Now, he’s bought her a kitty to keep her company when he isn’t around. Needless to say, this is the sort of relationship I’d expect from Tom Cruise and one of his scientology wives, not the carless and carefree sex-tape Kim we’ve all grown to love (or hate)!

But now, Kanye has deleted his entire Twitter. Every tweet has been removed, except a new one. “BE BACK SOON,” he wrote. For a guy who has no problem sharing literally everything with his fans, why the sudden cleanse? Doesn’t he understand that once you tweet it, it always exists on the internet somewhere, hiding in a lonely corner? I think Kanye must have some Twitter demons he’s running from. Meanwhile, Kim’s is fully functional and has been targeted by the animal rights organization PETA, since her cat always looks so unhappy. “The cat isn’t an accessory,” PETA told her.

This is just the newest chapter in the never ending Twitter regret book. Twitter is like drunk texting for a lot of celebs, except that we all get to see it! Miley Cyrus was recently fighting with fiancé Liam Hemsworth over her Twitter account. Last month she posted a series of tweets about love that led many to believe there was trouble in paradise. Sources have said Liam hates how she talks about him that way for all to see, and wants her to delete the account. Miley has said that no man tells her what to do, though she’s been tweeting a lot less since it happened. Does Kim wear the pants in this relationship? It looks like Liam may need to ask her for advice on how to get what he wants!