Kim Kardashian Wants To Marry Kanye West On An Island 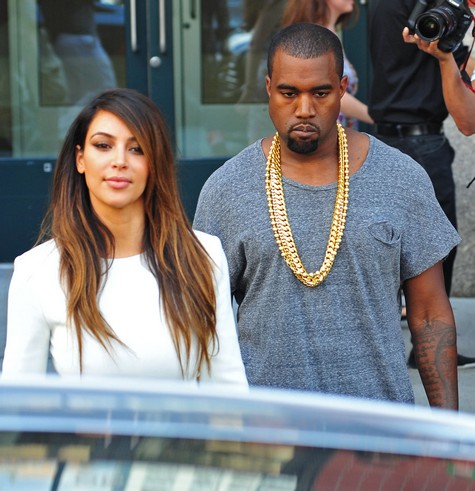 Kim Kardashian has been the only person in the history of humanity to make falling in love look like a chore. Her exploits have been diverse as Ray J, Reggie Bush and Kris Humphries. The latter victim she dated for a whole 72 days before voting his face off the “Keeping Up with the Kardashians” island. He has since accused her of a whole manner of things, including fraud and misrepresentation. The reality television star has been kinking up to the horribly vain Kanye West and is planning to marry him in the near future. In a recent interview in Tatler magazine, Kim speaks out about her love for Kanye, her past mistakes and the wedding err of a lifetime.

“I can’t even think about being with anyone else than the man I’m with. When I look back at interviews I gave about ex-boyfriends saying, ‘We’re talking about marriage, etc.’ It’s embarrassing. And I really believed it at the time!” The star told the magazine in an exclusive interview. The problem with Kim’s nostalgic backtracking is that she actually went through with the Humphries marriage, and didn’t just talk about it. Kim also admitted to the magazine that she “went over the top” during the televised wedding to Kris Humphries. Yes, you were slightly off-kilter, weren’t you? You crazy freak!

Kim will be marrying Kanye on an island. She said, “I want to do it on an island with just my friends and family and that’s it.” Yeah, right, like any of you lot will give up a chance to attract attention! We promise Kim that we will look away during the wedding ceremony and not pass any judgment on her wedding dress, choice of husband and/or the defilement of marriage. Right.

Let us know in the comments your thoughts on Kim Kardashian’s future wedding!